Cuts: What most media missed 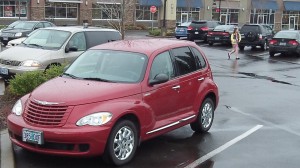 By echoing Obama’s predictions of disaster if spending cuts are allowed to take effect on Friday, the networks and the press have done the public a disservice. An exceptiion was the Wall Street Journal, which on Tuesday ran an editorial reporting significant news. The news is that contrary to what Obama has been preaching in one staged public appearance after another, the administration already has the tools to carry out the required cuts without slowing down air traffic, leaving the border unguarded and throwing preschoolers into the street. The Journal pointed out details of federal budget law going back to a similar “sequester” in 1986. The gist of it was that the required cuts apply to so-called “budget accounts,” which are broader units than the category of specific “projects, programs and activities.” This gives budget managers the ability to trim areas far less vital than the ones the president has been citing.

The Journal gave several examples, including this one: Before the government reduces cancer research, maybe it should consider cancelling the $130 million per year that goes to the National Center for Complementary and Alternative Medicine, which studies things like herbs and yoga. And if cutting federal school aid is too painful, how about consolidating the 105 federal programs that all are meant to get kids to study science and math?

In short, there is much federal spending the country could do without. Get rid of that, and cutting by 5 percent — in programs that have averaged 17 percent growth under Obama — should be a snap. (hh)