Crude oil: Pipelines instead of trains? 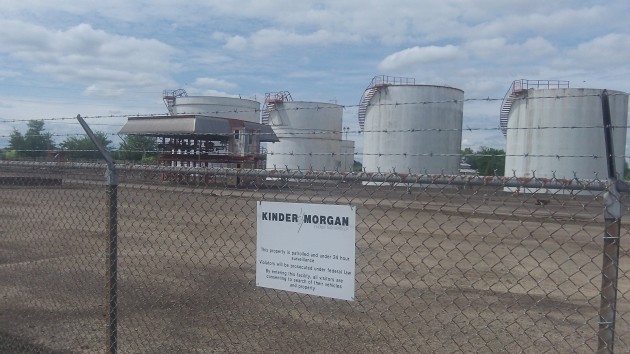 Albany Chief John Bradner was among the fire professionals at a meeting in Eugene Monday with U.S. Sens. Ron Wyden and Jeff Merkley. What brought them all there was the idea that transporting crude oil by rail is a risky business, and first responders ought to know more about when the trains are running. But why trains? If oil trains are a big risk, why aren’t our senators pushing much harder for the accelerated construction of more pipelines?

After several train wrecks elsewhere on the continent, including a one that killed 47 people and leveled 40 buildings in Lac-Megantic in Quebec a year ago, the U.S. Department of Transportation in June issued an emergency order requiring railroads to notify state fire marshals of the routes traveled by oil trains carrying more than 1 million gallons of crude from the Bakken formation in North Dakota.

In response, the Union Pacific said it did not run trains meeting the description in Oregon. But apparently that’s only because the UP trains carry less than 1 million gallons at a time, or oil shipments on the line come from other fields, including those in Canada. The upshot, Bradner says, is that rail cars full of crude oil do move on the UP mainline through Salem, Albany and Eugene on their way to refineries in California, though officials don’t know how many or how often. (Residents along the track might be able to tell if they keep watch. Tank cars carrying crude oil are supposed to have a placard with the code number 1267.)

Fire officials would like the notification requirement to be expanded so that emergency responders get information about all oil shipments by rail. But what are local fire departments going to do? Stand by and watch a train roll through town? If it’s a matter of different training or equipment needed to control oil fires, that should be provided based on the mere knowledge that such trains pass through now and then. Notification of each one would hardly help.

But again, if despite the rarity of disastrous derailments or collisions oil trains are making anyone nervous, why not a greater push for pipelines instead? Oil trains have multiplied as greatly as they have because the pipeline system does not have the capacity to handle the increased production. It takes years to get pipeline projects approved and built.

Kinder Morgan is one one of the pipeline companies that transports Canadian crude, carrying it to Washington state. Its pipeline system in the Willamette Valley carries not crude but gasoline from Portland to the Eugene area. If oil shipments up and down the valley’s cities represent a bigger risk than other hazardous materials, then let our senators push the government into letting more pipelines be built. (hh)

One response to “Crude oil: Pipelines instead of trains?”