Cracks and scour: This bridge will get fixed 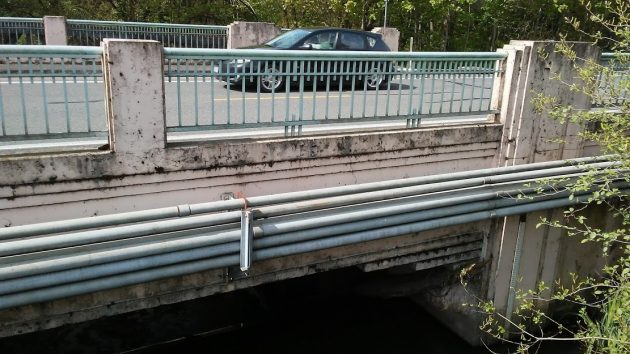 The Salem Avenue bridge over Cox Creek in Albany, seen here on April 21, looks pretty solid. But inspections have found structural problems that may cost — in round figures — an estimated $700,000 to fix.

The bridge was built in about 1940, according to the city, and spans Cox Creek right above the weir that holds back the water in Waverly Lake.

Inspections have found “significant scour and structural cracking that, as they continue, will degrade the bridge,” City Engineer Staci Belcastro told the city council in a memo.

ODOT has what it calls a “local bridge program,” and the state agency has selected a project to repair the bridge for funding under that program, with a total amount of $706,633. (How they can tell the likely cost well before putting the project out to bid is a mystery.) Albany’s share of the total will be roughly $66,000.

A week ago, on April 24, the council authorized the city staff to notify ODOT that Albany intends to accept the grant for the lion’s share of the cost. A formal agreement will come later.

Nothing will happen right away. But Belcastro told the council that ODOT had offered to put the project on an “accelerated schedule,’ which apparently means the state will “start design in federal fiscal year 2020.”

What exactly is the matter with the bridge, I asked the city engineer, and she was kind enough to explain: “The bridge … has a foundation consisting of concrete footings, columns, and abutments. Scour is another term used for erosion or undermining caused by water in this case. Underwater inspections have identified scour is occurring around the bridge’s footings and abutments. Some fairly large cracks have also been observed along one of the bridge’s concrete abutments that if not filled now will continue to deteriorate. The scour will likely be addressed by placing rip rap and concrete to fill the voids, and installing energy dissipation measures. The cracks will be injected with grout.”

Unless you’re an engineer, that may not sound exciting. But we wouldn’t want busy Salem Avenue blocked by the bridge falling down one rainy winter when the creek runs full and fast. So let’s be glad the scour and the cracks have been noticed and repairs are on the way.

Now if only repairs could also be done soon on the bridge farther down the creek, at the entrance to the Talking Waters and Simpson Park. (hh) 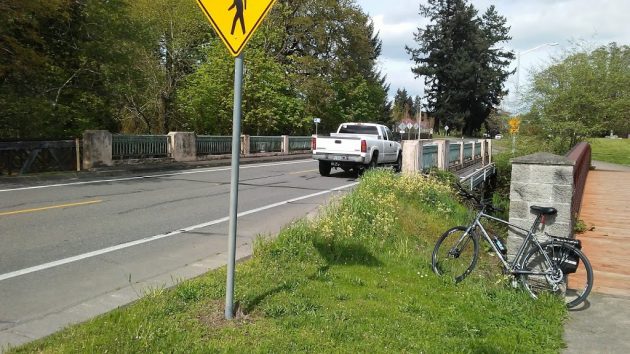 This section of Salem Avenue is often busier than it was that afternoon.


One response to “Cracks and scour: This bridge will get fixed”