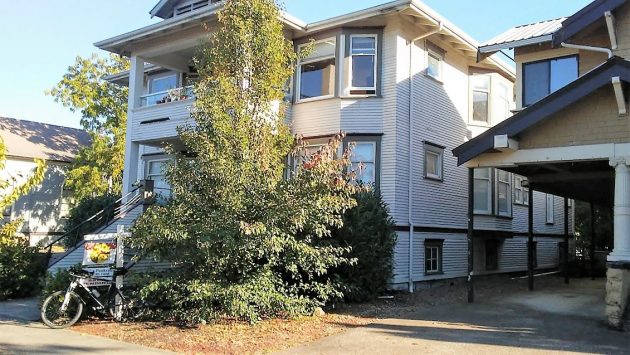 Eleven years after it got involved with the former Labor Temple on Third Avenue, the Albany City Council this week ended the city’s role by voting to sell the building.

The buyer of the 113-year-old structure (built in 1905, according to county records) is Sable Drive Inc., one of the companies managed by Scott Lepman, who has developed and renovated numerous apartment projects around town. The selling price was $375,000.

Years ago the place housed the offices of one or more unions, and a sign out front called it the Labor Temple.

It was in 2007 that the city got involved with what was then a dilapidated structure. The Albany Revitalization Agency –meaning the city council — loaned an associate of the ill-fated Willamette Development Services $250,000 to renovate the building and build townhouses on vacant land next door.

The project went nowhere, and the city got a judgment against the would-be developer in 2010. In subsequent years, starting in April 2009, ARA worked with other promoters and developers, and the building was outfitted as four apartments. ARA made additional loans and placed liens on the property. Finally, the city agency started foreclosure proceedings in 2015 and then became the owner of the building and landlord to the tenants.

A rundown provided to me by then-CARA manager Kate Porsche (see how it pays to keep old stuff on your desktop?) showed that all together the agency had liens on the property totaling $355,000. This represented the amount of CARA money the city had sunk into the project.

The city has been receiving rent payments from the tenants, and now with the sale for $375,000, it looks as though the city didn’t lose anything on this venture.

The Lepman organization also owns the vacant lot just east of the Labor Temple. It had plans to build housing there, but those plans were connected to the CARA-assisted restoration of the Fortmiller Building on the west side of Third Avenue, and their current status is unknown.

Other projects the Lepmans are working on include the restoration of the Spruce apartments at 222 Second Ave. S.E. After that, they might do something similar with the vacant Old Post Office/City Hall on Second, which they also own. (hh) 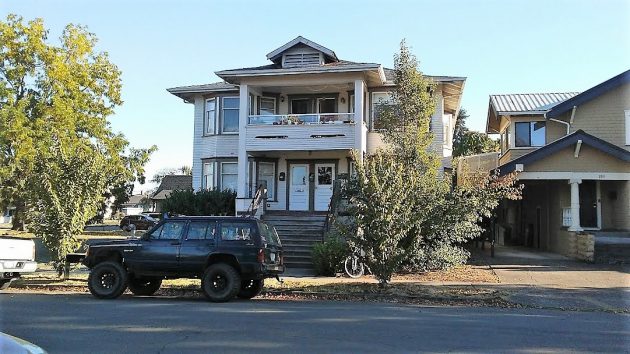 The view of the building from across the street.