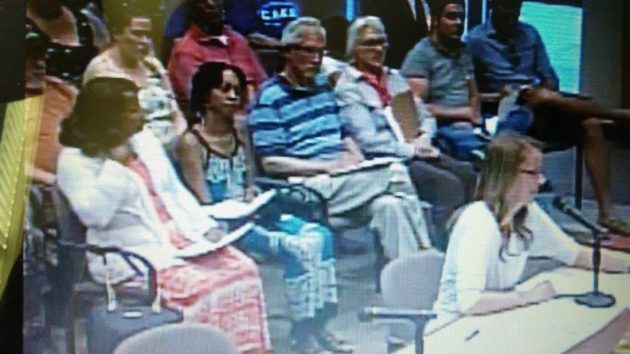 In the online transmission, the council’s Wednesday session on the human relations issue looked a little on the grainy side.

The Albany City Council Wednesday night voted 4-2 against changing the ordinance authorizing the city’s Human Relations Commission. Despite nearly two hours of speeches by supporters of the change, the question of how the different words would change the volunteer commission’s work was never answered.

I watched the proceedings online, and by my count 15 people urged the council to adopt the wording change the panel proposed. One did not.

During the brief debate, Kopczynski made the claim that “the majority of the community is in fact racist.” It’s how people were brought up, and it’s in their DNA, he averred. As for white privilege, he said, “if people don’t see it, they’re not looking close enough.”

Some of the witnesses told stories of discrimination against themselves or their children. As far as I could tell, none explained how the proposed wording in a city ordinance would bear on their experiences or what they might expect in the future.

The human relations panel, which is advisory to the city government, wanted to change its authorizing ordinance by adding the phrase that it would be “committing to diversity, equity and inclusion.” Just exactly what that would mean to its activities — like what it would then start doing or no longer do — the commission did not say.

As the law reads now, the commission is supposed to “promote harmonious relations among the citizens of Albany.” The panel had proposed replacing that phrase with “strengthen connections within Albany’s diverse community.”

After helping to reject the change, Coburn suggested there was value in the commission and the council might want to have further discussions with the panel. Mayor Sharon Konopa said this might be a topic for a future work session. If it is, maybe then they can start talking about what any ordinance change would mean in practical terms. (hh)

Councilman Kopczynski provided this view of the crowd before Wednesday’s meeting started.


31 responses to “Council sticks with ‘harmony’”