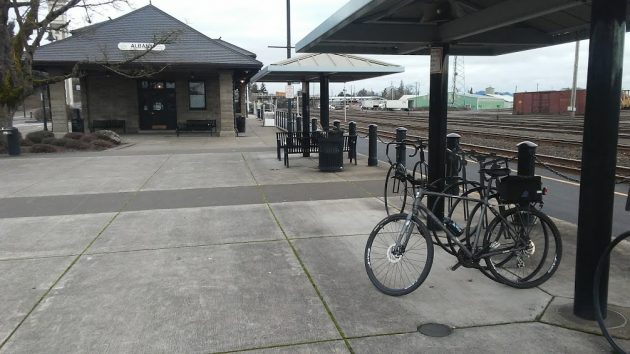 The plan is to add a public restroom somewhere on the grounds outside Albany Station.

It’s not a done deal yet, but the city council Wednesday agreed to take a step toward construction of a public restroom outside of Albany Station, where people often wait for trains and buses when the depot itself is closed.

The council voted 6-0 to apply for a $164,800 grant from the Federal Transit Administration to design and build the facility and maintain it for the first year. Public Works Operations Director Chris Bailey told the council there’s a possibility for additional grants to cover maintenance for up to six years, but after that the city would have to pay for the facility’s upkeep.

Officials have yet to decide where on the station’s property the restroom would be built. There was talk of designing it for ease of maintenance and to minimize problems that plagued the station before, such as vandalism and illicit conduct.

There are restrooms inside the Amtrak station, but they’re available only to Amtrak customers and only when the station is staffed. It closes before the last buses and trains come through and reopens in the morning after the first train has left.

Mayor Sharon Konopa and Councilor Bill Coburn sounded a bit leery of the long-term costs and complications a public restroom outside the station building might represent. What if it leads to more police calls, the mayor wondered.

But Councilor Bessie Johnson summed it up. When they’re waiting for a train, which may be hours late, she said, “People need somewhere to go.”

If the grant is offered in response to the city’s request, the council will vote again on whether to accept the money. If it does, it will take some time — maybe a year, who knows? — to get the thing built and ready for use. (hh)

One response to “Council seeks grant for station restroom”