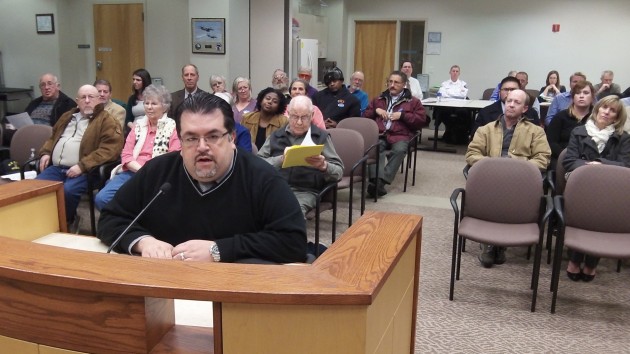 Was the Albany City Council resolution “regarding the rights of all city of Albany residents” really necessary? Or does it give people the wrong impression? Does it make them think the city or its current residents have something for which to atone?

The city council passed the resolution Wednesday on a 4-1 vote. (Floyd Collins was not present.) Only Councilor Rich Kellum was willing to vote no and risk the opprobrium that comes from going against the politically correct grain. He said he had been the object of a slur during his campaign and wished that if the council was going to condemn bigotry it would “include the entire problem.”

The Albany Human Relations Commission, formed several years ago to help integrate Latinos in the wider community, urged the council to adopt the resolution. The text denounces as “race hate literature” a handbill someone left on some windshields of cars parked near the Nov. 11 Veterans day parade. It says the flier was not only an affront to veterans but an insult to the people of Albany “who are working to overcome an historic legacy of racial bias, discrimination and exclusion.” It asserts that “it is well known that racist messages that go unchallenged fester and multiply creating division in our community and hardships for the minority members of our community.” And it has the council committing itself to be “vigilant in defense of the rights of all people, proactive in our attempts to be a welcoming community for all peoples (sic) looking for a better life, and steadfast and vigorous in condemning all forms of hate and bigotry.”

Five speakers from the public all made the same point, that if we ignore history we may have to repeat it, and so forth. They recalled the Holocaust and Jim Crow. But that’s not exactly in line with some anonymous character putting a nonsensical message on windshields and then slinking away.

The resolution’s bit about “our attempts to be a welcoming community” troubled Mayor Sharon Konopa, who said she’s lived in Albany her entire life and it’s always been a welcoming community. She had not seen the flier which prompted all this until the council got copies Wednesday night.

“Diversity is a code word for white genocide,” the flier claims. It lists a couple of website addresses and for about eight short paragraphs rants irrationally about race in this and other countries. It also refers to “I,” and Konopa had heard reports of a similar fliers from Eugene, so it could be the work of a single person traveling from place to place looking for attention.

Attention is what he got, indirectly, in the form of action by the Albany City Council and an official resolution on the city’s books. It’s way more than this character and his views deserved. (hh)