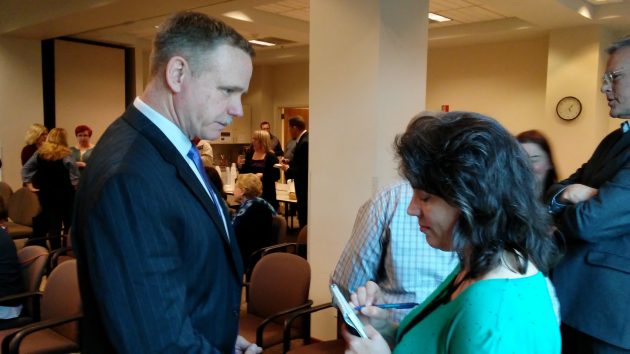 The Albany City Council has offered the job of city manager to Peter Troedsson, a retired Coast Guard captain and currently the deputy city manager of Bothell, Wash.

The council voted to 5-2 to offer the job to Troedsson pending a thorough background check in Bothell followed by, presumably, successful negotiations for an employment contract. Following an executive session Monday night, Troedsson got the votes of council members Bill Coburn, Dick Olsen, Mike Sykes, Bessie Johnson and Rich Kellum. Mayor Sharon Konopa and Councilman Ray Kopczynski voted no; they preferred the other finalist, Jorge Salinas, the assistant city manager in Albany.

The next city manager will succeed Wes Hare, who will retire in July.

Troedsson, a 1984 graduate of UCLA in political science and Scandinavian languages, earned a master’s degree in public administration from George Washington University in 1998 and a master’s in strategic studies from the Air Force War College in 2006. He is licensed to fly helicopters and fixed-wing planes and served in the Coast Guard from 1984 until retiring in 2014. For three years he served as commander of Air Station Astoria. Later he was chief of staff for the Coast Guard district based in New Orleans.

Bothell is a city of about 44,000 on the east side of Seattle. Troedsson started as deputy manager there in February 2014. Later he briefly served as acting city manager when the council fired his boss.

Troedsson lives on a sailboat, which he might have difficulty doing in Albany. Besides sailing and skiing, he rides bicycles and also does other sports. A Facebook entry from May 2016 shows him doing pushups. It said he was challenging friends to do 22 pushups daily for 22 days to raise awareness that 22 veterans take their own lives every day. (hh) 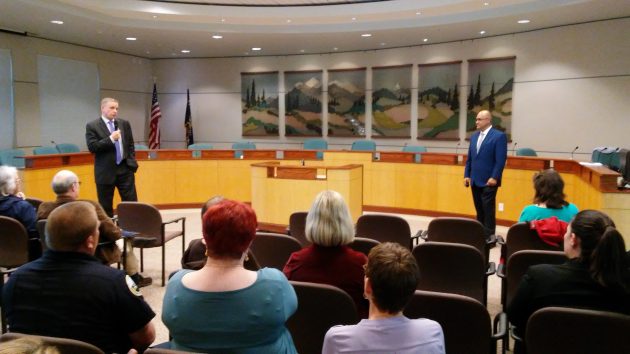