Council news: Here’s what may affect you 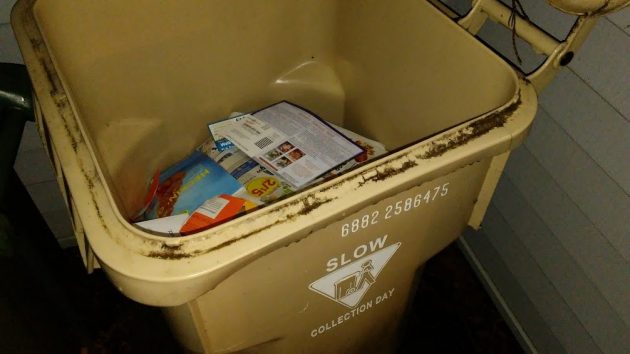 There had better not be any unrecyclable trash or plastic bags in there.

The big news out of Wednesday’s Albany City Council meeting, in terms of its effect on residents? Not the verbal blast against Councilman Rich Kellum but the coming crackdown on people who put unrecyclable trash in their recycling carts.

The attack on Kellum took the form of a long letter apparently signed by 60-some people and read to the council under “business from the public” by Madeline MacGregor, a North Albany artist. It called on Kellum to resign,  apologize, or be censured by the council for remarks he made in 2017 and more recently in debates involving the city’s Human Relations Commission.

Never mind that Kellum, elected from Ward 3 (east and southeast Albany), is near the end of his second four-year term and is not on the ballot for a third. And as Mayor Sharon Konopa had to explain to another speaker who was not on camera during the virtual session, the council has no power to discipline or censure its members. (See the comment and correction below.)

“We’re not each other’s boss,” she said. “The voters are our boss.”

No, what is likely to have greater effect on Albany households is what Republic Services told the council.

First, there will be no rate increase for trash pickup in 2021. The rates will stay the same as this year.

Also, Republic has been hit with an increase in nonrecyclable trash in its recycling bins. So, it will start warning people if they are caught putting ordinary refuse into the recycling, and then slapping them with a $15 “contamination fee” every time they are caught again.

How would they get caught? Julie Jackson, Republic’s local municipal relations manager, explained in a letter to the council: “The fee would be charged when the driver sees plastic bags in either recycling or yard debris carts on the hopper camera inside the truck.”

Cameras inside garbage trucks, keeping an eye on what we discard — who knew?

“Customer account would be noted with a warning letter sent on the first offense,” Republic said. “The fee would be assessed only if contamination occurs again.”

What about illicit stuff put in your carts by someone else? No word on how Republic would investigate that.

One more innovation from Republic: In Albany it has offered trash service with 32- or 90-gallon carts. It will now offer 65-gallon carts as well, priced between the other two. So that will be a helpful option for people whose trash production tops 32 gallons a week but is not enough the warrant the giant bins.


17 responses to “Council news: Here’s what may affect you”