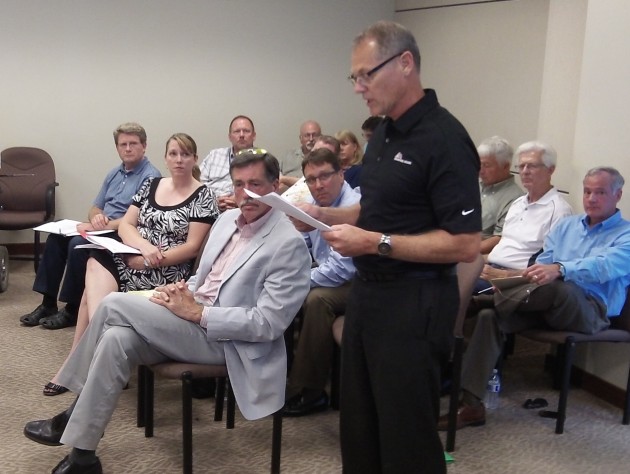 Several industrial companies with Albany addresses say they have trouble filling available jobs, and they’re asking the city council to pay for specialized equipment at Linn-Benton Community College so potential workers will be better trained. Judging by a work session Monday, the council is inclined to grant the biggest part of their request, amounting to about $3.2 million, once more questions are answered and details worked out.

The companies are ATI Specialty Alloys, ATI Cast Products, Oregon Freeze Dry, Viper Northwest, Selmet, L&B Fabrication, W R Grace, and National Frozen Foods. Together with the Albany Area Chamber of Commerce and LBCC, they worked for several months on a plan to increase the capabilities of Albany’s workforce. The biggest part of the plan boils down to more specialized and apparently more rigorous training at the community college.

They asked the city to use a portion of its Pepsi settlement money to fund three packages of equipment: $3,212,695 for training in various manufacturing processes including nondestructive testing, welding titanium, mechatronics (robotics) and machine tool controls; $786,768 for training in health care; and $366,400 for still more welding, mechatronics and machine tool work.

Council members had all kinds of questions, but in the end they unanimously supported the $3.2 million main package and named a committee to iron out the details. Committee members are Councilors Floyd Collins, Dick Olsen and Rich Kellum.

Collins wants to make sure this program is not “another false start” in the long history of government programs to encourage job training. Kellum wonders about supporting, with city money, the needs of companies outside the city limits. Mayor Sharon Konopa wants to be assured that spending the money is the only way to solve the companies’ workforce problem. And Olsen wonders about the money being repaid when the program has succeeded. Councilor Bessie Johnson, though, is enthusiastic. She’s “totally in favor of it” and does not want the council to “talk it to death” because it’s “so important.”

City Manager Wes Hare reminded everyone that Albany was prepared to pay Pepsi around $30 million in various incentives to build a Gatorade factory because it wanted the private-sector jobs that went with it. Compared to that, he implied, the amount being requested to help retain local industries and perhaps entice new ones was very small.

When a Pepsi subsidiary reneged on the deal to build the plant, the company settled a suit brought by Albany and in 2010 paid the city $20 million, of which outside lawyers got $1.5 million. Of the $18.5 million the city received, the council set aside about $4.5 million for “economic development” without defining what that meant. It is this fund that the industry-chamber-LBCC group wants to tap. (hh)