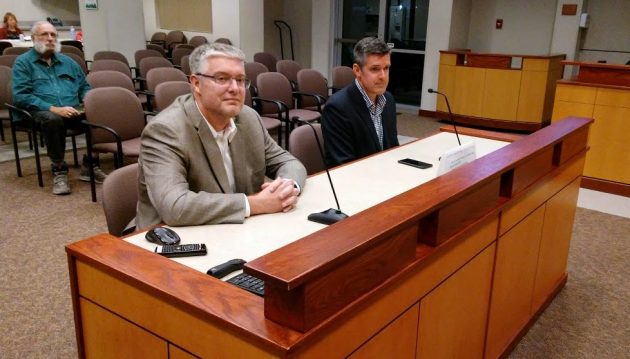 Nov. 18 will be a red-letter day for the Albany metals industry. That’s when a 1.5-million-pound “hot isostatic pressing” or HIP unit is scheduled to arrive at the building Stack Metallurgical Group is having constructed on southeast Marion Street.

The city council Wednesday unanimously approved a $745,000, seven-year, 2.5-percent-interest loan toward what has been described as a nearly $30 million Albany investment by the Portland company. The loan was to cover the extra expense of preparing the site to install a second HIP machine later on.

Stack executives Doug Puerta, the CEO, and Brice Winney, general manager of its new Albany operation, were on hand. They said the high-pressure press has generated interest among — and they expect will bring in business from — metal manufacturers across the United States.

The council saw an image of the machine taken where it was made, in Sweden. It dwarfs the people standing in front of it. Puerta said it will be set in a pit and installed partially underground to avoid having to construct a building 80 feet tall.

Winney summarized the HIP process in layman’s terms. If I understood him, the machine compresses titanium and other metals with argon gas at very high temperatures and a pressure of up to 30,000 pounds per square inch. This allows components to be made smaller and lighter and still retain the metal’s strength.

The significance of having an HIP machine in Albany is that local manufacturers can have their products processed locally instead of out of state, saving money and time. But the Stack execs said business also would be coming in from out of state.

Following up on readers’ comments on hh-today.com, Mayor Sharon Konopa asked about safety and the possibility of an explosion. Puerta said the machine is built, obviously, to contain the high pressure, but if it fails, it’s made to bleed pressure rather than releasing it at once. Councilman Rich Kellum pointed out that argon is an inert gas and can’t blow up like, for instance, steam.

After its ocean voyage from Sweden, the HIP machine will be trucked along I-5 from Tacoma to Albany, and then down Marion Street to its site near the south end. Judging by the size and weight involved, that operation should be an interesting sight. (hh) 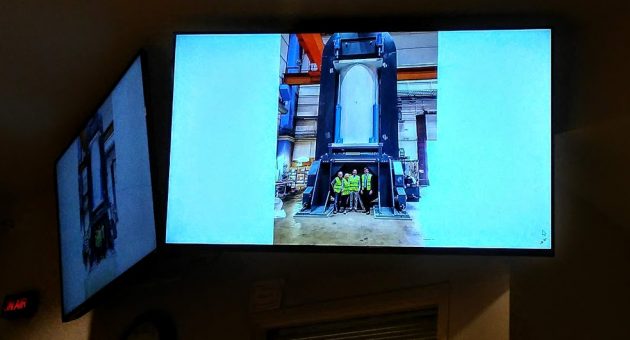 Screens in the council chambers show an image of the HIP machine in Sweden.