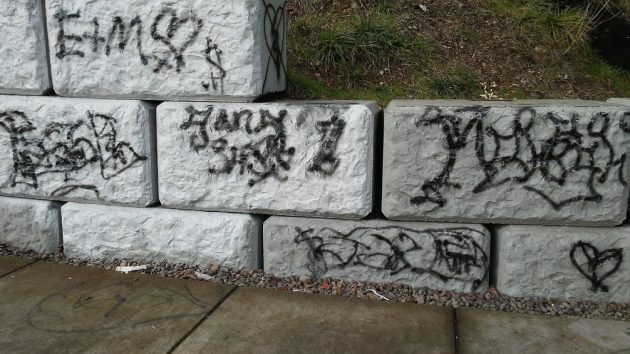 The retaining wall on the Station-Swanson Path looked like this on Jan. 9.

Sometimes you get the feeling it makes no sense to spend big money on public improvements as long as vandals and vagrants remain free — and motivated, if that’s the right word — to ruin them with spray paint and trash.

The latest example: The path from Albany Station under the Pacific Boulevard viaduct to Swanson Park. This winter, the place once again looks like a mess despite repeated efforts over the years to clean it up.

The 600-foot-long footpath and bikeway under the overpass was part of the design of the rehabilitation of Albany Station, the 1909 railroad depot on which the city, the state, the federal government and AMTRAK spent about $11.3 million in 2004 and 2005. Building the path was delayed for a few years. But in 2015, a contractor for ODOT completed the concrete pathway for $383,692 .

Part of the expense was in the retaining wall, made necessary because the path cuts into the bank that holds up the highway. Now that wall has proved a tempting canvas for jerks with spray cans.

The rest of the path and the surrounding area are usually strewn with garbage, and under the overpass itself you can see the remnants of vagrant camps.

When the depot project was designed, this path was supposed to be a convenient link between the bus stop at the station and the neighborhood around Swanson Park, and the park’s open-air pool in the summer. But the way that area looks now, I doubt that people would enjoy taking that walk. (hh) 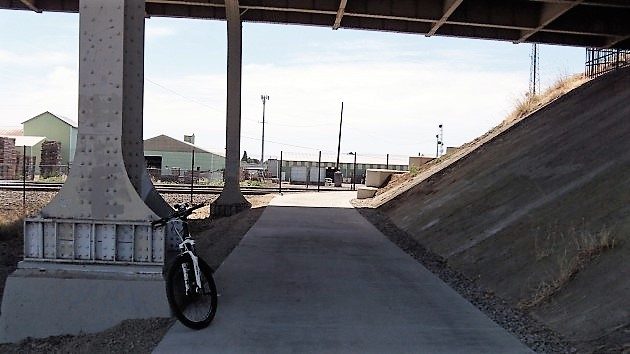 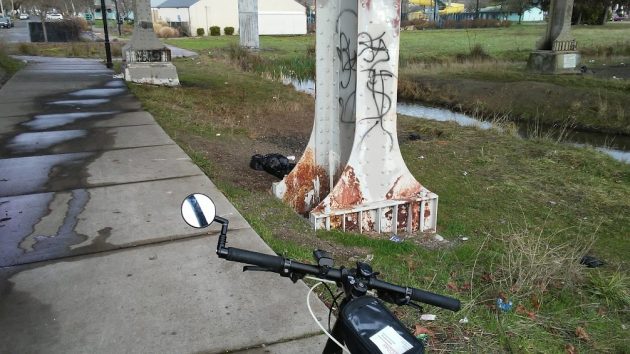 And see what it looks like now. (The photos were taken Jan. 9.) 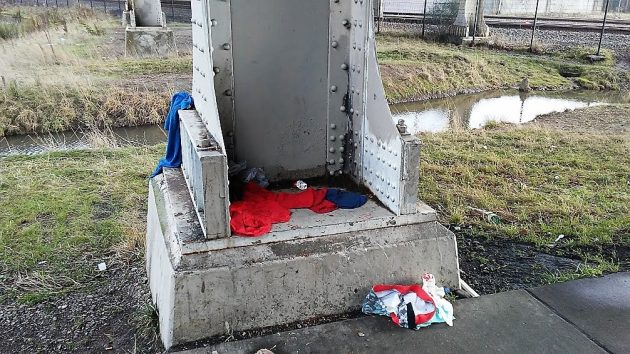