Corona update: Playgrounds and such 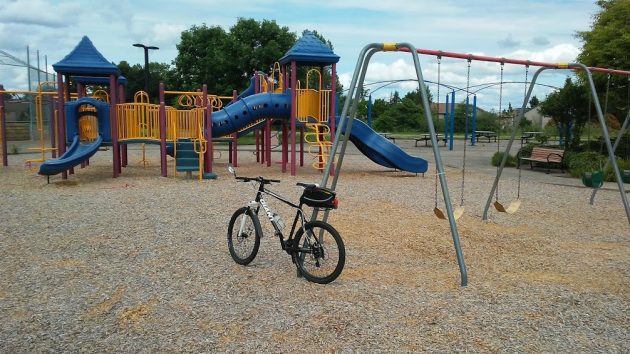 Albany’s Kinder Park playground on Sunday: No tape (it seemed) and no kids.

City officials hope they get “guidance” from the state that will allow them to reopen children’s playgrounds in Albany parks this week. But on Sunday one looked open already, and another had activity while still posted for “no public use.”

Kinder Park off Oak Street looked open because there was no caution tape to keep kids away. But when I went by there, nobody was using the equipment. And upon closer inspection, what was left of the tape was lying on the ground: 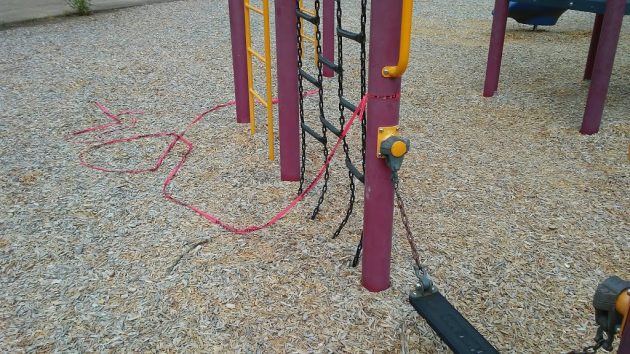 Later I swung by Eleanor Hackleman Park, where the tape was still up around the play apparatus and kids were happily playing all around it.

City Manager Peter Troedsson told the council on Friday that playgrounds were “being inspected and cleaned up for opening. We’ll open as soon as (Oregon Health Authority) guidance is received.”

He anticipated the guidance by Wednesday.

Other reopening plans for Albany Parks and Rec activities such as swimming and softball also are in the works. Check the city’s website and Facebook account for the latest.

The Oregon Health Authority on Sunday reported that as of midnight, there had been 5,636 cases of COVID-19 in the state, and 176 people or 3 percent had died. Nearly 170,000 tests for the virus had come back negative.

In Linn County there had been 126 reported cases and nine deaths while 5,437 people were tested and found not to have the virus.

For Benton County, the numbers were 63 cases, five deaths and 4,568 negative tests. (hh)


4 responses to “Corona update: Playgrounds and such”