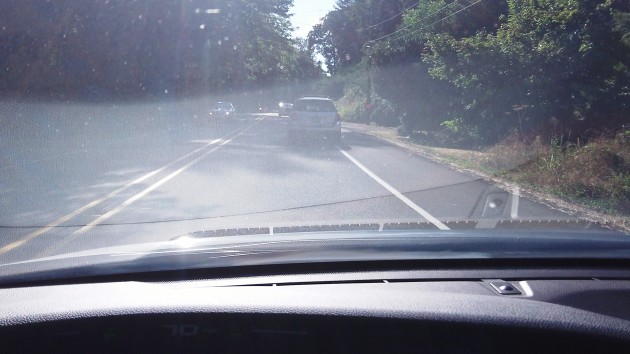 Windshield glare and fog-line drivers on Highway 20: Among the reasons a bike trail would be safer.

The Aug. 16 story about the Corvallis-Albany — or Albany-Corvallis, depending on our viewpoint — bike trail generated more comments on this webside than any previous item. So you may be interested to learn that the Oregon Transportation Commission today approved partial funding of the project, and the question is: Now what? 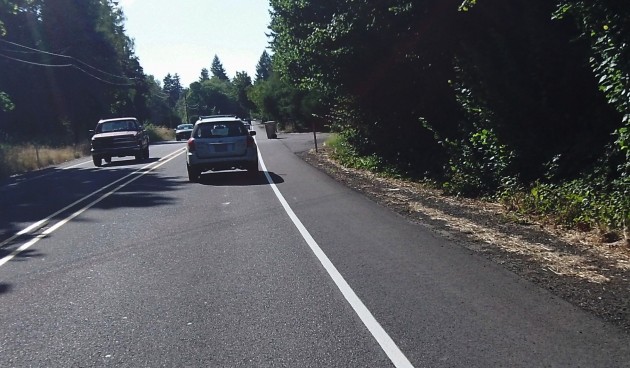 Not to mention trash cans in the bike lane.

An allocation of $2 million to Benton County for the trail was one of 36 “multimodal” transportation projects the commission approved under the ConnectOregon V program, which is dedicated to non-highway improvements. But don’t expect anything to happen right away.

I asked Benton County, which had asked for $4 million, how it planned to proceed. Laurel Byer, the county engineer, replied via email:

There’s one more wrinkle: The right of way for the path has not yet been entirely nailed down. “We are still actively working on negotiations with the farmers and property owners,” Byer says. “No resolution as of yet.”

So, there may be unforeseen bumps lying ahead. Even if they are overcome, we’re talking at least three years before any set of tires will roll the length of that trail. Let’s all hope we live that long. (hh)