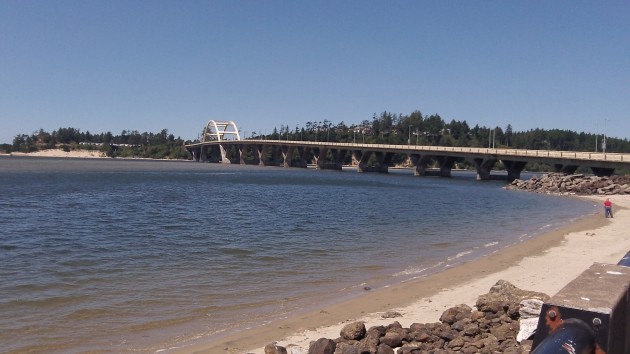 The view across Alsea Bay is not the only thing unaffected by whether Congress is in session.

Congress is off on a five-week vacation, and the talking heads on cable are complaining. They are wrong to complain. It’s good thing when Congress is not in session. Congress could stay on vacation for the rest of the year, and the country would be no worse off.

Congress has often failed in that regard, passing laws it should have blocked — or at least read or considered their consequences before passing them. As a result, the United States has no shortage of laws. We have federal laws for everything, to the point where citizens can hardly make a move without running into a bunch of them.

So a period of time without the possibility of Congress passing new laws, let alone new programs, sounds exactly like what we need. Five weeks is nice but not nearly long enough. A year or two might be better. That would allow citizens to realize that it’s not natural or necessary for lawmakers to be in session most of the time.

Here’s another thing about which the talking heads are confused when Congress is the subject of their talk. They keep telling us that only a small minority — 13 percent in the latest polls — approve of the job Congress has been doing. If that were true, it would be rare that members of Congress are re-elected. But in fact, most of them are re-elected time after time.

How can it be that an entire branch of the government is held in deep contempt but its individual members are so popular that they keep winning elections? The reason can’t be that the majority of voters are clueless, because uniformly clueless voters undermine the very foundation of self-government. So one of these things — poll numbers or election results — must be wrong. (hh)