Confusion about ‘open’ or ‘closed 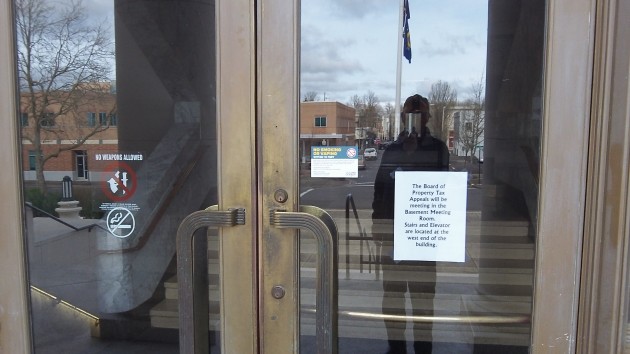 At the courthouse. nobody there and no reason to get in.

So, was Monday a holiday or not? The flags were out on the streets in downtown Albany for Presidents’ Day. But there was no agreement whether this was an occasion to close or stay open for business. 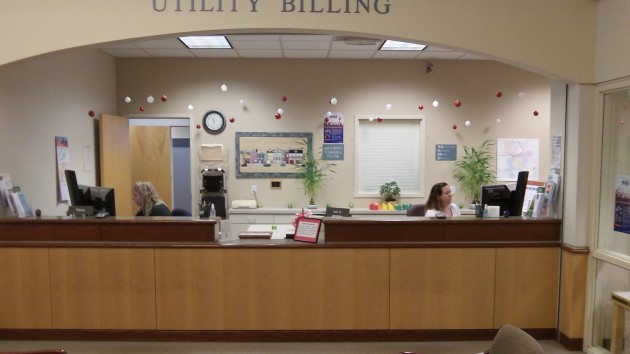 Open for business at City Hall. Looks like a slow day, though.

The post office was closed and we got no mail. But Albany schools were in session as usual. (I don’t know if anybody got nailed for going 35 miles in a 20-mph school zone because he thought this was not a school day.)

You could go do business with Wells Fargo Bank, because they made a point of being open and help their customers this Monday. A few blocks away, banks were closed. Good ol’ Umpqua, refusing to knuckle under to our deplorable habit of ignoring history, even announced on its doors that it was closed for Washington’s Birthday. 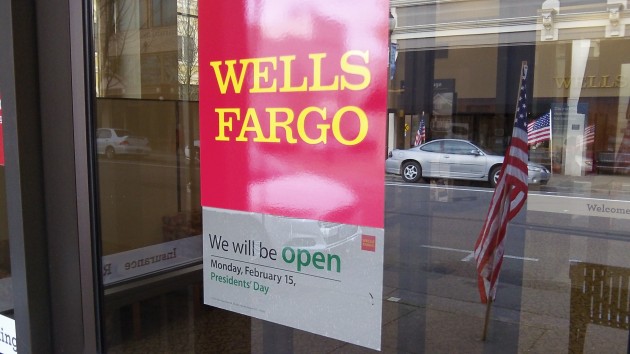 Open for business with flags flying outside.

At the Linn County Courthouse, you could rattle the door but it was closed. Across Fourth Avenue at City Hall, you could waltz right in because it was open as usual. (The city decided years ago to have employees show up for work on Presidents’ Day in return for a day off the Friday after Thanksgiving.)

Turns out the public libraries were closed even though the rest of city government was open. Librarians were not off work, though. They were having a training day. (Whoever called these occasions “in-service” had it backward; the people and their stations are “out of service,” not in.)

Some day we might want to drop this generic Presidents’ Day, which is too bland a name to mean anything. We ought to go back and observe Lincoln’s Birthday on Feb. 12 and Washington’s on the 22nd. Then maybe our banks and public agencies could get together and declare one of those a holiday where everything is closed, and the other one a day when nothing is. Would save a bit of running around. (hh) 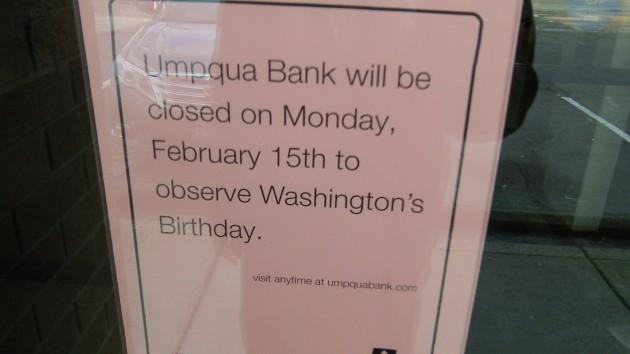 
One response to “Confusion about ‘open’ or ‘closed”