Climate? Our bills reflect no crisis 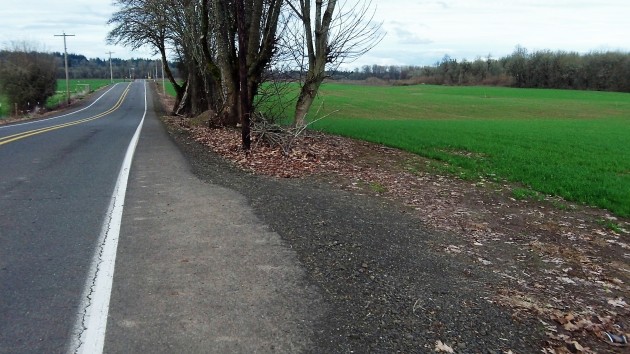 On a mild day in late February, no climate emergency can be detected.

At the risk of getting on the wrong side of Leonardo DiCaprio, the Oscar-winning climate expert, I like to look at facts I can see. Like, for instance, utility bills.

I didn’t watch the Oscars, but the Associated Press quoted DiCaprio after he won for best actor: “Climate change is real. It is happening right now. It is the most urgent threat facing our entire species…”

Well, since the climate is gradually changing all the time, it could be true that it is “happening right now.” Whether it’s the most urgent threat, I think there’s room for doubt. People being slaughtered by the hundreds of thousands in Syria and, in smaller numbers elsewhere — that looks like a more urgent problem to me. And to pregnant women in regions where the Zika virus has broken out, the threat of birth defects must seem far more dire. 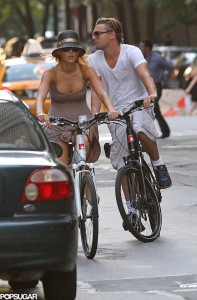 DiCaprio and a friend on bikes in New York in 2011. (Source: INFphoto.com)

With climate change, the stridency of the alarm in media and entertainment circles may be intended to make up for the lack of crisis-like moments that anyone can see. (The website BikinginLA.com linked to several snapshots of DiCaprio bicycling in New York and elsewhere with different young women. Let them bring their bikes to mid-valley roads and he might be less exercised about what’s happening with the climate.)

Back to utility bills, though.

On a bill for an address in North Albany, Northwest Natural says the average daily temperature in February this year was 47.4 degrees. In February 2015 it was … 47.4 degrees, exactly the same.

For a customer in town, where the billing period is slightly different, the gas company says this February was a tiny bit cooler at 46.5 degrees than the same month in 2015, which averaged 47 degrees.

And for an address in Southern Oregon, Pacific Power reports the identical 45-degree daily temperature average for February 2015 and ’16.

Obviously one month’s temperature averages at two or three locations in Oregon don’t say anything conclusive about the climate either here or around the world. They do confirm what we can see, namely that our late-winter climate is mild, just as it usually is. That makes it hard to work up a sense that we have a crisis that demands immediate action.

All the more puzzling is the reliance on climate change as the only argument in Salem for passing an anti-coal electricity bill that likely will drive up future utility bills while also making the electric system less reliable. Legislators ought to study their own utility bills more. Maybe then they’d have more regard for ours. (hh)


9 responses to “Climate? Our bills reflect no crisis”