Climate change: Where is it? 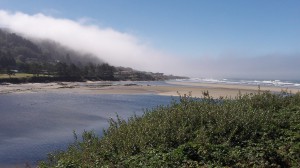 And if the sea does rise a little, where’s the harm?

You may have noticed that while everybody talks about climate change, the climate around here has been staying remarkably unchanged.

We moved to Albany in the drought year of 1977. In North Albany, where houses then still relied on water systems fed by shallow wells, outdoor watering was restricted. The rain resumed that September and things went back to normal. Now, 36 years later, the same routine seasonal change seems to be taking place. As for heat, this summer has been relatively moderate. There have been more intense heat waves in summers past.

All this comes to mind because the latest report from the Intergovernmental Panel on Climate Change is due this month. The advance word is that the report dials back, at least slightly, the alarm in previous reports about how fast the world is warming. There has been little or no worldwide average warming in the past 15 years or so.

The models used by climate scientists predicted greater warming by now than has been measured. Evidently the models got something wrong, which is not surprising with the vast number of variables involved.

Global warming is supposed to make the sea level rise, too. But if you’ve been going to the same parts of the Oregon coast for many years, the level you see now is the same you saw years ago, another indication that climate change is no reason for alarm. (hh)

From Rhea Graham, on Facebook:  I agree, but there is huge cause for alarm about geo-engineering the weather!

From Gordon L. Shadle:  The planning horizon of many governments on this planet effectively lasts only through the next election cycle. To think that these same governments can come together and implement a plan to manipulate global climate over the long haul is the height of absurdity.

Doesn’t keep them from trying, though, and making life more difficult for many by mandating that energy be more expensive or less efficient, or both (ethanol in fuel, windmills, carbon taxes), all in the name of preventing or slowing climate change. (hh)