Climate change: We’ve had it 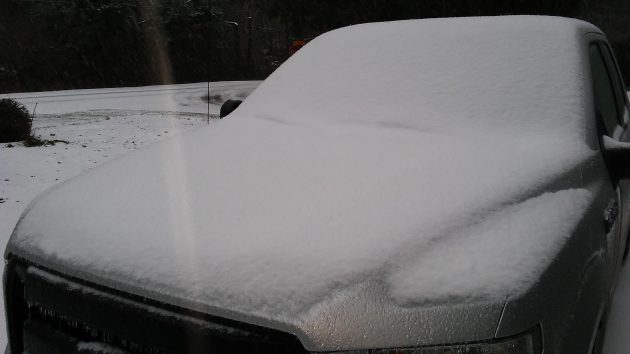 That’s ice under that deceptively benign-appearing veneer of snow.

As we’re trying to clear our respective windshields of snow and ice on Thursday for the drive into town, we may be thinking that global warming can’t get here fast enough. Or if we can’t have global warming, at least a little local heat would be helpful right about now.

Winter doesn’t start for another week, officially. But the official dates for the seasons are out of whack with nature, at least around here. It’s been “winter” since it got cold and wet a few weeks ago. And with any kind of luck, actual winter won’t last quite as long as the calendar proclaims.

But as for climate change, we’ve certainly had some, as it turns out. And clearly it has been for the better. According to various publications available online, winters in this part of the country used to be far more severe and destructive than they have been lately.

Between 1849 and 1870, more than half the winters in the Willamette Valley were bitterly cold for weeks at a time and the Willamette River froze over four times. December 1919 was another bad one. Five years later, in December 1924 the Portland Oregonian reported the Willamette froze seven inches deep at Eugene, and the Columbia River was frozen so solid that Portlanders could drive their cars across to Vancouver on the ice. And the coldest winters of record were those of 1949 and 1950.

We’ve had deep freezes and big snowstorms in western Oregon since then, but nothing as severe or long-lasting as what happened more than half a century ago.

Whether this apparent change in our winter climate came about naturally or was the result man’s activities —  burning coal around the world, mainly — I don’t pretend to know. But clearly this change toward a less severe wintertime regime is a blessing to people living around here. Even if now and then, on rare occasions, we still have to shovel out the truck or scrape the windshield clear of ice. (hh) 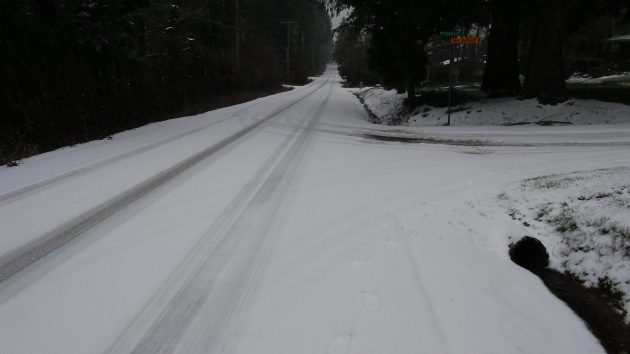 Powers Avenue N.W., where climate change, though real, is not immediately apparent.


10 responses to “Climate change: We’ve had it”