While we’re wading through the cold puddles of late December, let’s check in on the climate front. And if you want to know why it’s so hard to take global warming seriously, take a look at the chart below. 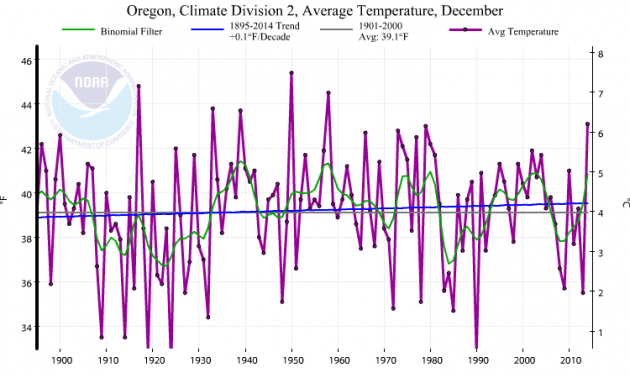 It shows average temperatures for the Willamette Valley for December going all the way back to 1895. See any warming there? Any indication of climate change? The climate may be changing everywhere else, but where we live it’s not, at least not in December.

The table is from the climate monitoring website maintained by NOAA. The agency says that over the period from 1895 through now, the average daily temperature has risen by one-tenth of one degree Fahrenheit per decade. They do the arithmetic and that’s what it shows. But the actual variation from one December to the next, as graphed by the agency, seems to show a periodic fluctuation where Decembers are warmer than usual every 30 or 40 years or so. And in recent years, Decembers were often cooler than they were in the preceding decades.

NOAA’s climate monitoring site is of interest in other way as well. It refers to a residential energy demand index. And it makes the point that as the climate becomes a little milder in the winter, residential energy demand drops. In November, for example, the average high temperature across the contiguous United States was 2.6 degrees F above the 20th century average. And based on the agency’s index, the demand for energy during this November was 68 percent below average and the fourth-lowest since 1895. That’s a lot of savings in the nationwide bill for heat.

It’s hard to believe anyone can reliably calculate month-by-month energy demand as far back as the 19th century. But it’s certainly plausible that if it doesn’t get all that cold, people living in colder latitudes — like us — don’t need to spend as much on heat. And in winter, as long as we still get plenty of snow in the mountains as now, who’d be against a little less chill on the valley floor? (hh)

You can check NOAA’s climate data yourself at <http://www.ncdc.noaa.gov/sotc/national/201511> 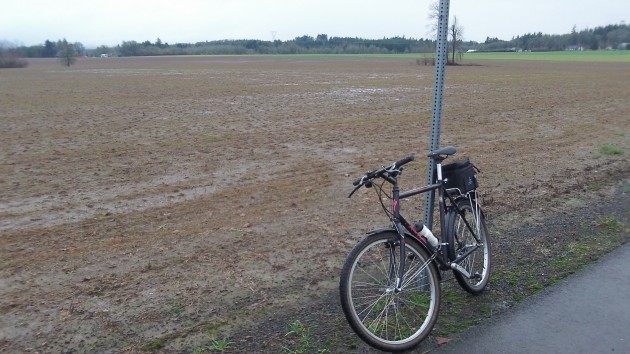 Glad there was no snow on the valley floor Sunday; it made cycling easier.