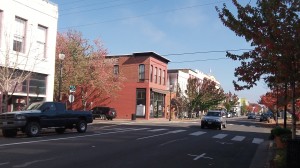 Our climate should be like this more often than not; let’s “act”!

The calls for Oregon government action to affect the climate never stop. What the climate agitators really want is not a better climate but higher taxes on private enterprise. But talking about climate action sounds so much more benign, on the surface anyway. If only we could!

Never mind that, though. It’s the idea of “climate action” that sounds interesting. If it were possible for legislation to affect the climate, let’s talk about how the voters might want Oregon’s climate to change.

Our main complaint around here is that from fall through late spring, western Oregon gets so much rain, and when it isn’t raining, there’s all that clammy morning fog. So the climate action many voters might like to see is a little less moisture during the dark months of the year. And while we’re acting on the climate, let’s have generally warmer winters to save on those huge heating bills from November through March.

If the legislature fails to act, maybe we can start a citizen initiative demanding to have a more pleasant climate and better weather all year round. (hh)