Climate change and loss of freedom 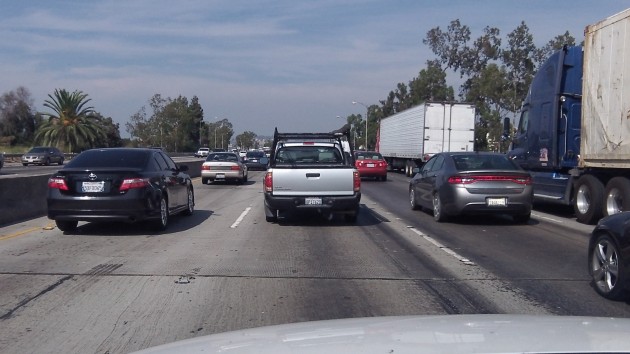 How would freeway driving in a big city work without fossil fuels?

The latest climate change warning from the U.N. makes it clear why its recommendations have to be resisted if we’re to keep what freedoms we have. The report reinforces the impression that while global warming may cause changes in the world, they would be easier to bear than the restrictions that would result from giving the world’s governments more power to outlaw fossil fuels.

The United Nations’ Intergovernmental Panel on Climate Change has just issued its fourth and final report on climate change. As the Associated Press put it, “emissions, mainly from the burning of fossil fuels, may need to drop to zero by the end of this century for the world to have a decent chance of keeping the temperature rise below a level that many consider dangerous.”

Zero use of fossil fuels? If that’s true, then it will no longer be possible for citizens to live a life supported by industrial production in a free economy. No more road trips anywhere we want to go. Private driving will be limited to the range of batteries in our two-seater vehicles. No more choosing where and how to live. In order to allocate a much more limited and intermittent supply of “renewable” energy, the authorities will want to be in total charge of what people do when, and where they are allowed to live. No more “wasteful” houses with plenty of space, away from the city. Big central housing blocks are more efficient.

Or, in the alternative, we go back to the pre-industrial life some of our great-grandparents lived. If we want heat in the morning, we first get some wood from the shed and light a fire in the stove. (No coal in our new life, of course.)  No more supermarkets. If we want milk, we go out and milk the goat.

Controlling how people live is not possible without controlling what they think, so before long totalitarian control will be complete, and our notions of individual liberty based on natural rights will be snuffed out. The U.N. climate report says nothing like this, of course, but that’s the outcome it implies. And that’s why the calls to worldwide action would have to be fought even if the model-based predictions of climate science itself were not as unreliable as they are. (hh)

2 responses to “Climate change and loss of freedom”