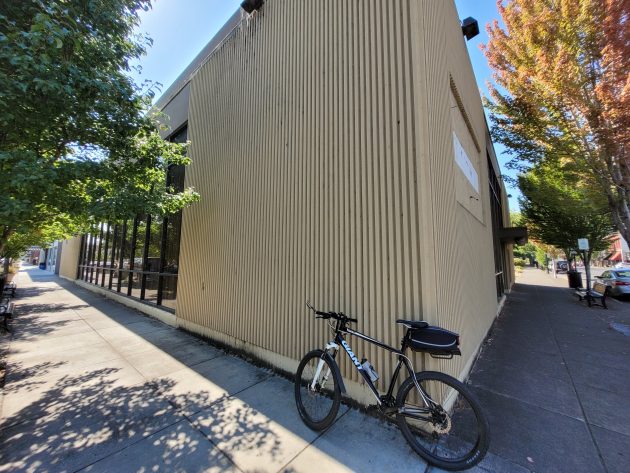 The wide-angle lens makes the old Wells Fargo branch look kind of superangular in this view taken on Sept. 19, 2022.

Maybe it’s not too early to start thinking about what will take its place when and if the former Wells Fargo Bank branch downtown is razed.

Acting as the Albany Revitalization Agency, the city council last month voted to invite bids to demolish the vacant building.

So far, the invitation to bidders has not been posted, but the city staff expects this to be done in the next month and a half.

The structure is what remains of the five-story office building constructed in about 1915 for the First National Bank. The top floors were lopped off in 1974.

Wells Fargo closed the branch in 2018, and the ARA bought the property including the adjacent parking lot in 2019 for $1.5 million, hoping to attract a private concern to redevelop the building.

In 2012, a downtown “retail refinement” plan commissioned by the city concluded that the Wells Fargo property would be a good place for a central open plaza.

The council has not discussed what to do with the property if and when the building is demolished. The advisory board of the Central Albany Revitalization District has not considered the question either.

Part of the Wells Fargo parking lot will be needed to provide parking slots for the tenants or guests of the St. Francis Hotel across Ferry Street once that old building is restored and remodeled.

Maybe the rest of the site will become parking too, especially if there’s any large-scale redevelopment of city parking lots along Water Avenue one block to the north.

It will be up to the council (ARA) to act on the demolition bids once they are received. Unless, that is, they change their minds and discover that the building might have some beneficial use after all. (hh) 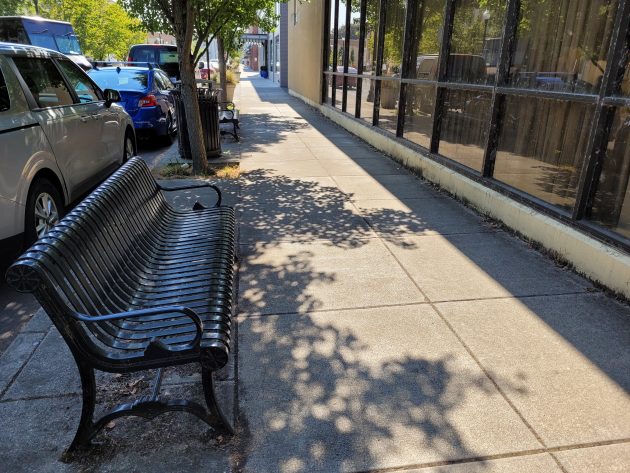 These benches outside the vacant branch on Broadalbin Street may one day overlook a parking lot.