City wage hikes: A percentage of what? 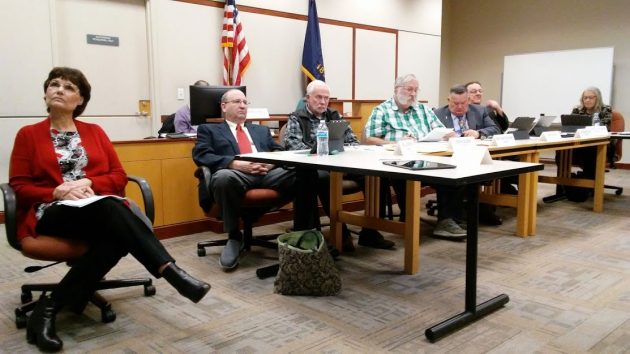 The Albany City Council at a work session on Dec. 3. Mayor Konopa is looking at an overhead screen.

The Albany City Council and one of the city’s employee unions have been unable to agree on a new labor contract providing, among other things, certain percentage increases in wages. News reports haven’t mentioned to what amounts the percentages would apply, so I asked.

At last report, the city’s final offer was for a four-year contract with these wage hikes: 2.5 percent as of last July 1, and then equaling the Consumer Price Index with a cap of 3 percent on July 1 of each of the next three years.

So what, on average, are the current wage amounts to which those increases would apply?

The parties disagree on other issues as well, such as pay for employees on standby and so forth. But as for basic wages, I thought it would be helpful to Albany readers to get an idea of the current amounts, not just the percentages by which wages would be raised. (hh)

The story has been edited to fix a dumb mistake in describing what “mean” means. What I described was the “median,” not the mean.


8 responses to “City wage hikes: A percentage of what?”