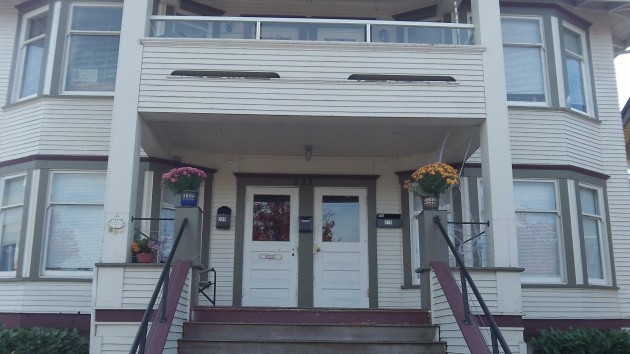 The front of the former Labor Temple, of which the city of Albany now is the owner.

Years ago Albany’s urban renewal program agreed to help prospective developers turn a former union headquarters downtown into apartments. The goal of four remodeled apartments was achieved, but city loans were not repaid, and as a result the city now owns what everybody still calls the Labor Temple at 222 Third Ave. S.E.

The city council learned of the development Wednesday night from Assistant City Attorney Sean Kidd. The council was meeting as the governing board of the Albany Revitalization Agency, which runs the Central Albany Revitalization Area or CARA. In a previous meeting, held as an executive session closed to the public, Kidd had briefed the board on the nonpayment of loans to support the project and what he was doing about it. On Wednesday, in open session, Councilor Ray Kopczynski asked for an update, and Kidd said the city now owns the building even though a deed to that effect had not yet been recorded. He told me the urban renewal program had been owed $355,000, not counting interest or late fees.

In 2011, CARA agreed to lend Albany Redevelopment LLC $120,000 to complete the apartment project, stalled at the time. The principals in the LLC were Randy Rosenblatt of Portland and Don Ward of Oregon City. A few months later, in October 2011, when the building’s rehab was nearly done, CARA approved an additional $235,000 loan to pay off a lien on the property and safeguard its original $120,000 loan. While the details are complicated, together those sums appear to make up the $355,000 the city said it was still owed.

Before about 2010, CARA had lent a different would-be developer $250,000 toward the Labor Temple project, but he didn’t finish and the money was lost. In the current case, the city presumably can recover some or all the money it put into the project by selling the building.

If memory serves, this is the first CARA project to experience this kind of financial default. “I believe it is,” Mayor Sharon Konopa responded when I asked her about it, “and for an urban renewal district, we are fortunate (to have had) only one. ‎Revitalization urban renewals are a gap-financing tool, and there is always risk with every project. I’d say we have a good track record for fourteen years of existence.” (hh) 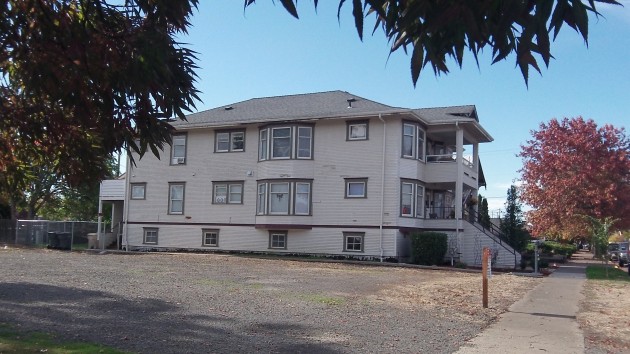