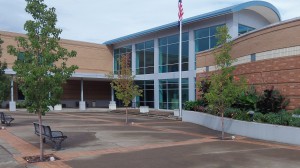 Tables with lots of numbers are useful, but not if the tables are incomplete and either confusing or misleading as a result. Take, for example, the city of Albany’s “Popular Annual Financial Report.”

Officials are proud of this 20-page illustrated effort to explain the money angle of city government. The city staff has a long history of winning awards for financial reporting. But this particular report needs work.

Citizen activist Tom Cordier told the city council about it this week. There’s a table showing budgeted expenses for things like personnel, materials, debt service and other types of spending for the four fiscal years through 2012. But budgets are plans. Cordier wanted to know not only what was planned, but what was actually spent. He had been told that information just could not be presented in that table. The council, though, directed the staff to see how it could be done.

This so-called popular report needs other work as well. On page 11 there’s a “statement of activities” that shows city expenses totaling about $49 million for fiscal 2012. But on page 17, the table cited by Cordier shows planned spending of $44 million for personnel alone, plus $33 million for materials and services, plus $20 million for debt service.

Jim Clausen, on Facebook: They do it on purpose. They do it to confuse the issues. They do it to be “transparent” while no one sees what’s going on. They do it because it’s complicated and people give up trying to figure it out. It’s no secret. They’ve refined the process and no one has been reporting on it…