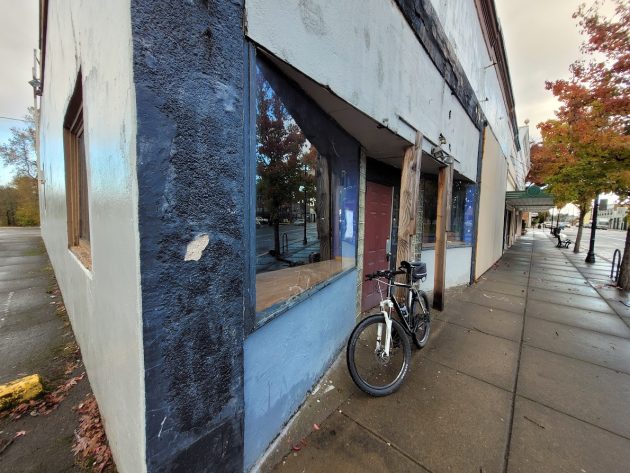 This place, at 129 West First Ave., used to be a tavern and later a restaurant and sports bar.

The bike and I were going west on Albany’s First Avenue Tuesday when a white paper notice in the window of a long-vacant building caught my eye.

This address, 129 W. First, has been in the news here before. Years ago it housed taverns, including the Westerner and later the First Round and a sports bar named Espolon. For a brief time it served as temporary headquarters for the American Legion.

In 2016, during an attempted remodeling, the front wall threatened to collapse. The front was shored up and the place was boarded up.

The building is of more than passing interest because even though it looks pretty shabby now, it was designed by Albany architect Charles Burggraf and built more than a century ago, in 1919.

In April 2020, the City of Albany posted the building as a derelict structure. In June that year, the owner applied for a permit to rebuild the exterior in line with plans approved by the Albany Landmarks Commission in 2018.

The permit was approved, but no building was done.

The notice that caught my eye Tuesday was posted on the front window and was dated Oct. 20, 2022. The notice alleged several violations of property maintenance regulations contained in the Albany Municipal Code.

County tax records say that since 2018, the property has been owned by the Jesus Revival Association, with an address in Salem.

Because the building is not used for religious purposes, it is assessed like other private property. According to the online records, 2018 was the last year taxes on the property were paid. The amount was $3,383.

Perhaps the new “Notice of Violation” will cause something to be done with this old building. If not, the municipal code authorizes the city to have buildings repaired or, if necessary, razed. (hh) 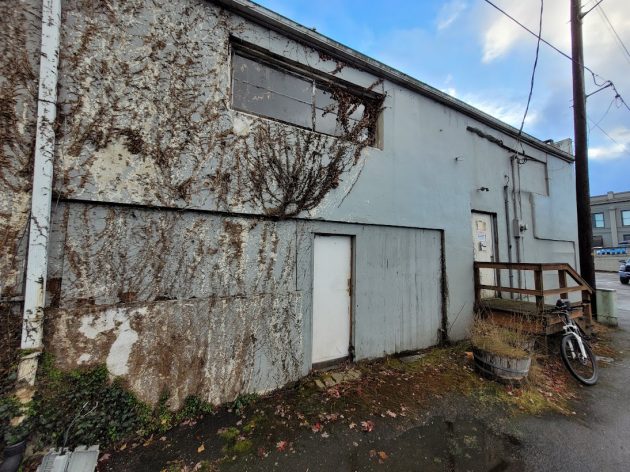 The ivy that climbed in the back window of 129 W. First appears to be dead. 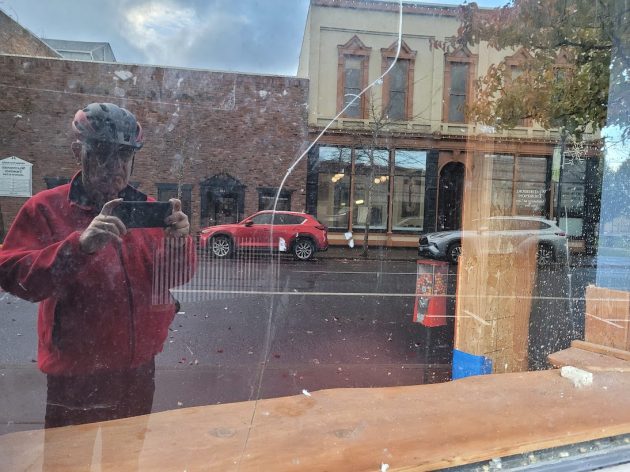 The street scene mirrored in the front window includes me taking the photo. A gumball machine is still inside. 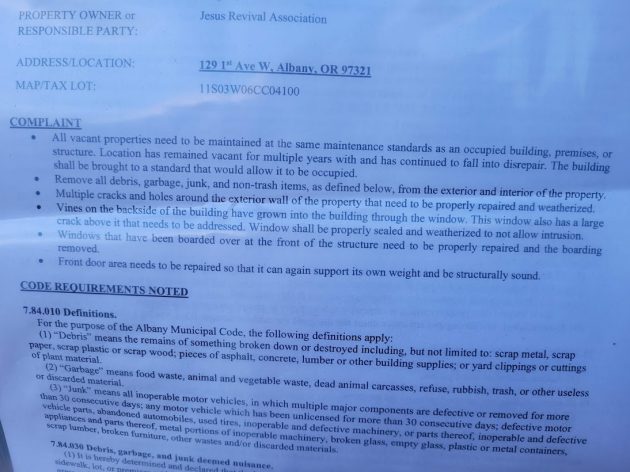 The notice in the window details what the city wants to be fixed at 129 W. First.