Checking for problems along the track 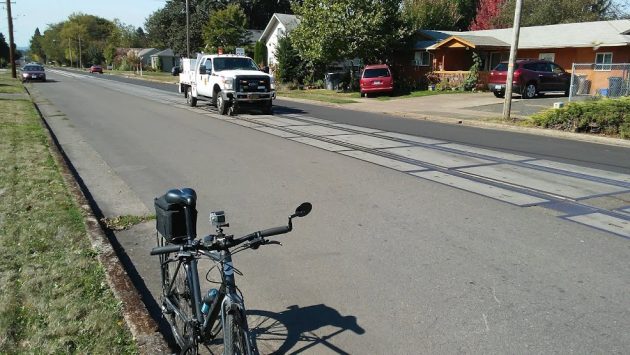 It is mid-day on Tuesday, and this is one small part of the passing Albany scene: The Portland & Western is doing a routine track inspection on the Water Avenue line.

On a summerlike day in early fall, the bike and I are cruising east on Water Avenue in the Willamette Neighborhood when we overtake a pickup in the middle of the street that’s going even slower than we are.

The driver stops, gets out, looks at the track in front of him, gets back in his rig, starts up and stops again just before Geary Street. I’m waiting there. He buzzes down the passenger side window and for a few seconds we chat.

He explains that he’s looking for problems along the track. Like what? Well, broken rails, or things stuck in the flangeway. That’s the space on the inside of the rail, for the flange on the railroad wheels.

How often does he roll down the track doing this kind of inspection? Once a week.

Good to know, especially if you live along the track or, like me, travel often on this section of Water. The twice-daily freights don’t go faster than 10 miles an hour, but a derailment would still be a pain. (hh) 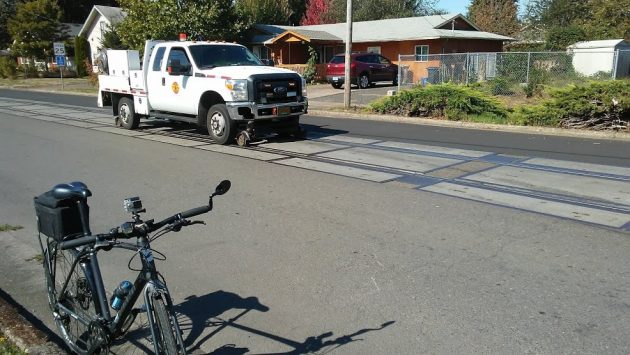 The pickup is equipped, obviously, to run on rails when there’s no street around them.