Cheap light bulbs: I miss them 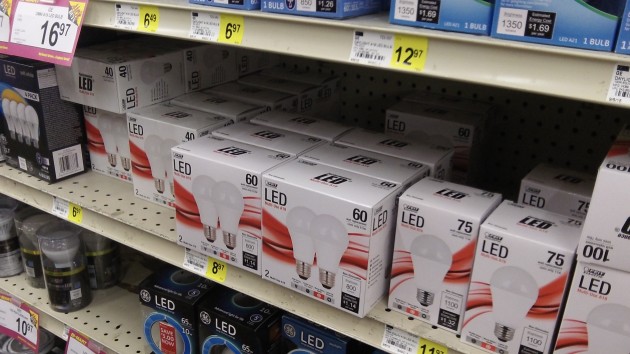 Light bulbs on display at Albany’s Bi-Mart a couple of weeks ago.

What happened to cheap light bulbs? That’s what I was wondering, briefly, when I sauntered down the bulb aisle in my favorite store a couple of weeks ago. Then I remembered the deal.

What happened was that politicians in league with big business decided that we would all be better off if light bulbs became a lot more expensive. And so, in 2007, Congress passed and President George W. Bush signed an energy bill that, among other things, increased efficiency standards for light bulbs.

Nobody in the great American public paid any attention or raised a voice in protest. At least I don’t remember any such voices. The provisions of the new law took a while to take effect, but when they did it became impossible to buy standard 100- and 75-watt incandescent bulbs. That was a few years ago.

Then, last year, 40- and 60-watt bulbs — the kind I’ve been using in the lamp on my desk — disappeared as well. I wasn’t paying attention at the time because when the virtual banning of old-style bulbs was in the news about four or five years ago, I started hoarding light bulbs in various wattages. I noticed the other day that my supply was running a little thin, which is why I made a detour through the light bulb aisle. And that’s when I discovered, to my dismay, that I was too late. Cheap bulbs of the kind that had served me well had disappeared.

I understand that this is for our own good, supposedly. The new bulbs, LEDs and other types, use less electricity and last longer. So we’re supposed to be happy. But you’ll forgive me if I suspect that as consumers we’re not going to come out ahead. The new bulbs may last longer, but they also cost a heck of a lot more. Instead if paying around $1.60 or so for a pack of four old bulbs, we now pay four or five times that much for two. I suspect that the parties really gaining on this are the marketers of light bulbs and their suppliers in China, Indonesia and elsewhere. Why else would GE, Sylvania and Phillips have pushed Congress to tighten those standards eight years ago? (hh) 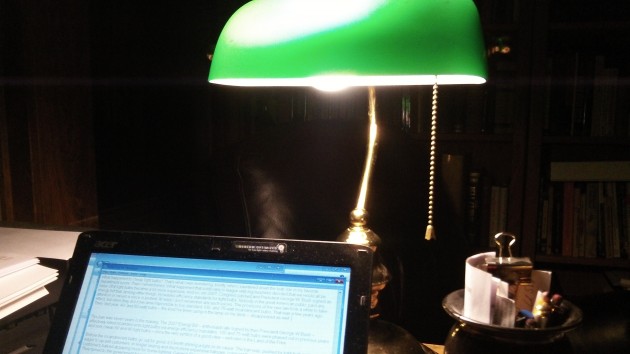 One of the newer-type bulbs: Works no better than the old.


5 responses to “Cheap light bulbs: I miss them”