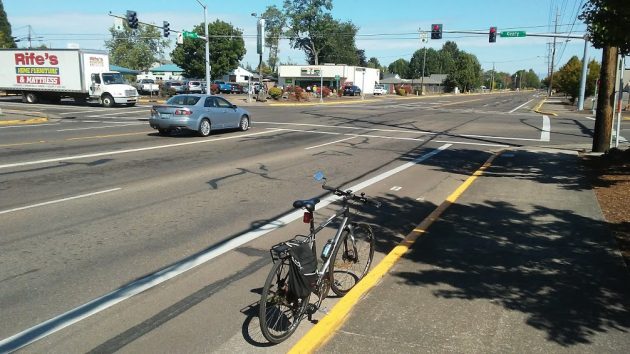 The Queen/Geary intersection: The signasl and bike lanes may see alterations.

Ever heard of a “doghouse-style” traffic signal? It signals when you can make a left turn, and at Queen and Geary and three other Albany intersections, it’s going to be replaced by a different kind.

The city council last week approved an agreement with ODOT under which the state will pay up $387,600 toward the estimated $420,300 cost of making changes intended to enhance safety at four intersections: Queen and Hill, Queen and Geary, Waverly and 21st, and Waverly and Grand Prairie. 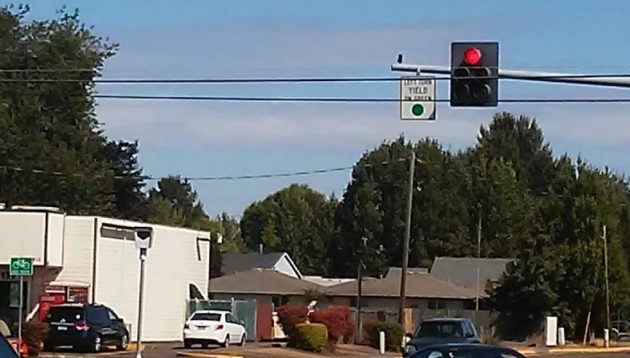 That’s a “doghouse-style” signal at Queen and Geary.

At Queen and Geary, according to the city staff, the work is supposed to include painting parts of the bike lanes green. Also, they’ll add a “no-pedestrian phase timing feature,” which presumably means a phase where pedestrians are supposed to stay on the curb while other traffic proceeds.

Green bike lanes? Ron Irish, Albany’s transportation systems analyst, explains: “They are typically used to draw attention to locations on the bike system where cyclists and drivers should expect some conflicts.”

This has been done in other Oregon towns. And if they go through with putting green lanes at Queen and Geary, they would be Albany’s first. (hh) 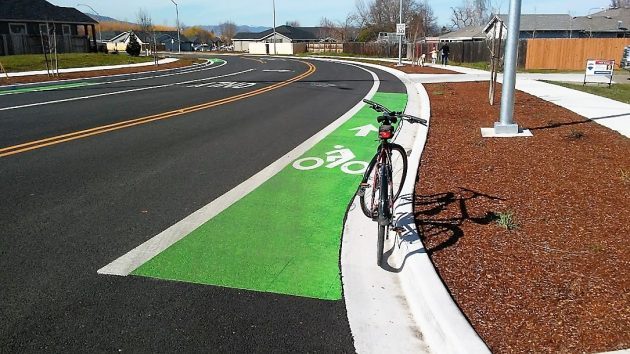 Green bike lanes similar to this one in Medford may be painted at Queen and Geary in Albany.