Change of pace today: Hunting for a quote 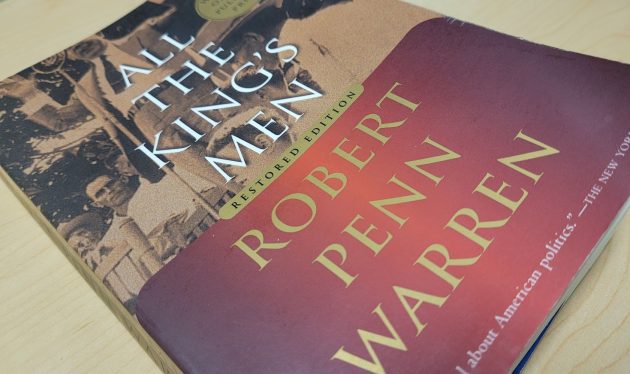 This 2002 Harcourt edition of the novel kept me company during a hospital stay last week.

For a complete change of subject matter, last month my attention was called to this book, in kind of a roundabout way.

Eric Mortenson is a reporter retired from The Oregonian. Many years ago he and I worked together in the newsroom of the Democrat-Herald. Now he writes on the internet, at EricMortenson.substack.com, about lots of things but mainly about journalism.

Last month he wrote about an incident where he could have gotten a sensational story if he had been sneaky and underhanded. Without intending to, he overheard a conversation, in a public place but obviously intended to be private.

Instead of sitting there and eavesdropping, he identified himself as a reporter and asked if the person would speak with him. The answer was no, and the conversation stopped.

Recalling this in a story about the rules of journalism, Eric included one of his favorite quotes: “There are some kinds of son-of-a-bitch you don’t have to be even to be a newspaperman.”

The words, or something close to them, were spoken by Jack Burden, the narrator of Robert Penn Warren’s novel “All the King’s Men.”

I read that novel in the sixties, and I still have the paperback put out by Bantam Classics in 1966. But I don’t remember the quote or the scene in which it comes up.

Hoping to find those words, I started rereading the book. But the tiny type in that old paperback makes reading a chore. I called around and found another edition at the Book Bin in Corvallis.

It’s a paperback too, but the larger size — 609 pages compared to 438 in the Bantam edition — gives the type room to breathe. And to be more easily read.

So now I’m on the hunt for Burden’s remark, which the narrator makes to a newsman who had just done a despicable thing.

“All the King’s Men” won the author a Pulitzer Prize in 1947.  The new volume I bought is a “restored edition.” To my surprise, the main character, the governor of a Gulf Coast state in the 1930s, is named Willie Talos.

Everybody who remembers the book — and the 1949 movie with Broderick Crawford as the governor — knows him as Willie Stark. Turns out that the author was persuaded to alter the name from his original manuscript in order to make it sound more plausible.

I’m halfway through my second reading of this novel, around page 300 or so, liking it as I did the first time. Still looking for that quote. (hh)


8 responses to “Change of pace today: Hunting for a quote”