Caught in the system 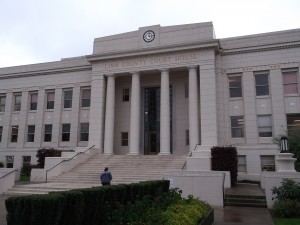 Some people  just can’t catch a break. That is the case with a 28-year-old mother of three from Turner in Marion County.

One evening last winter, she took an Ambien sleeping pill and went to bed. Next thing she knew it was after 2 a.m. and she was sitting in the gravel next to her 1993 Camry, which was in a ditch on Richardson Gap Road in Linn County, 16 miles from her home. She had no recollection of why or how she had driven there, but she was taken to jail and charged with DUII and reckless driving, two misdemeanor crimes.

Her doctor would later give a written statement that she had suffered an episode of “sleep driving,” a rare but well documented side effect of Ambien. The Linn County deputy DA handling her case said last summer that side effect or not, impaired driving is a serious matter, and he went ahead with the prosecution. But she tells me that her trial, set for Oct. 30, was canceled on the 29th.

Meanwhile, though, she says she was pulled over because of a failed license plate light. That’s when she learned her license had been suspended in April because she didn’t have insurance when the accident happened. If she had been informed, she says, she would have challenged her suspension. “I wouldn’t have been driving if it wasn’t for the Ambien.” Now, she’s fighting her new ticket and waiting for a new trial date.

At the time of her crash, a “certified drug recognition expert” with the Albany police gave his opinion that she was under the influence of marijuana and a central nervous system depressant. A urine analysis at the state crime lab in Springfield proved him wrong about the marijuana. Except for the prescribed medications, Ambien and an anti-depressant, she was clean.

This woman was not drunk when she ended up in a ditch. Her blood alcohol was zero. She failed field sobriety tests — among them walking heel to toe in a straight line and turning around, and balancing on one foot — but those tests might be unusually difficult for someone of her physique. There is no public safety benefit in grinding her through the criminal justice system. She and the public would have been saved a good deal of grief and expense if she had just been allowed to call for a ride home. (hh)

Comments? Email them to hassohering@gmail.com.