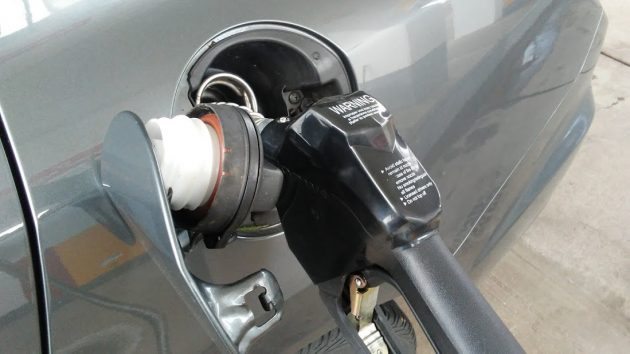 Filling up would cost substantially more if Oregon imposes a carbon tax, as Democrats intend.

Democrats in the legislature are set to adopt a thinly disguised carbon tax when they meet in February. They haven’t said what this will cost everybody, but they should.

The month-long session starts in Salem on Feb. 5. Bills introduced in the House and Senate call for a reduction in the output of carbon dioxide and other greenhouse gases, in stages, until by 2050 emissions are at least 80 percent lower than they were in 1990. (Oregon had 2.8 million people in 1990; now it has more than 4 million.)

To achieve that reduction, the bills would require the Environmental Quality Commission to set limits by 2021 on industries that emit the most greenhouse gases. To stay in business, those companies could buy allowances at state-organized auctions. Hence the name for this approach: Cap and trade. If it can’t meet the cap and afford the allowances, an industry would face the choice of shutting down or moving out of state.

In 2016, similar legislative proposals were in the news, and Associated Oregon Industries hired a consultant, FTI Consulting, to estimate the effects. The firm calculated that the retail price of gasoline would approach $8 (in 2016 dollars) by 2050 because of  cap and trade, about double what it would be without it. The price of residential natural gas service would nearly triple.

By the 2020s, the consultants figured, the cost of living of a family of four would be $500 to $1,500 more per year in utility prices alone. In addition, there would be the higher cost of everything else as businesses passed on the expense of cap and trade.

All of that would be in addition to the costs Oregonians will be forced to pay by laws already on the books. We have the Clean Fuels Program, which demands a 10 percent reduction in carbon intensity of the transportation sector by 2025. Then we have the Renewable Portfolio Standard, requiring electric utilities to buy half their power from renewable sources by 2040. And we have the legislature’s ban on electricity from coal-fired sources, which takes effect in 2031.

The sponsors of the 2018 legislation say the millions of dollars the state would get from the carbon tax on big emitters would be spent to create new jobs in rural areas and help people who lose their jobs because of the tightening requirements. Chances are the main thing the tax would do is fuel the state bureaucracy that administers this plan.

Critics have complained that this carbon tax is too big an issue to be resolved in the February session. Actually, the plan is harmful to people trying to make a living in Oregon no matter how long or short the session at which it is passed. (hh)