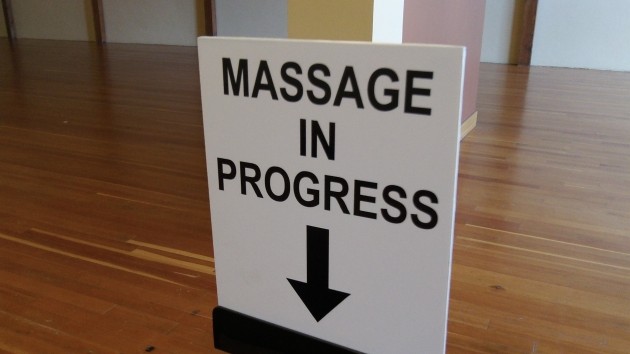 The CARA board is massaging the urban renewal plan to include proposed new police and fire stations. This sign, spotted in a building restored with CARA help, has nothing to do with that.

If Albany gets to build a new police headquarters and replace the downtown fire station in the next few years, chances are those projects will get some of the city’s urban renewal money to reduce the burden on city taxpayers, at least a little.

On Wednesday, the advisory board of the Central Albany Revitalization Area voted 8-3 to recommend making two minor amendments to include both buildings, as separate items, among the projects listed in the 2001 urban renewal plan at $500,000 each in 2001 dollars. Because of inflation that allowable amount has grown to about $709,000 each, and by the time the renewal agency actually is called on to pay money toward the projects, the amounts likely will be again adjusted for inflation.

The final action will be up to the city council acting as the governing board of the urban renewal district. The council makes up half of the advisory board. Council members Bill Coburn, Floyd Collins and Ray Kopczynski and Mayor Sharon Konopa Wednesday voted for the plan change along with four fellow board members. Of the council members, only Dick Olsen voted no. (Councilors Rich Kellum and Bessie Johnson were not there.)

Critics of the CARA program have argued that a minor amendment to support the public safety projects is not enough. One of them, Tom Cordier, has suggested CARA should substitute the public safety buildings for $5 million of other projects in the urban renewal plan. But this would count as a substantial plan amendment and would require an election under a charter amendment initiated by Cordier and enacted last year.

Minor or substantial, the idea is to reduce the amount the city will have to ask voters to approve in the form of a bond issue. Voters rejected a $20.3 million package last year. The question now is whether a CARA contribution totaling $1.4 million or a little more reduces the next bond issue proposal — likely to be on the ballot in May 2015 — enough to make a difference with voters. Without a bond to raise most of the money, at least one of the two projects won’t be built at all.

Tonight (5:15 p.m. Thursday, Sept. 18) the CARA board meets again to consider which public infrastructure project to fund with money it intends to borrow this year. At least $3 million has been mentioned, but the amount could be higher. Streetscape improvements downtown have been listed as likely candidates for this spending. (hh)


8 responses to “CARA to help on police, fire buildings”