CARA: Out with fancy names 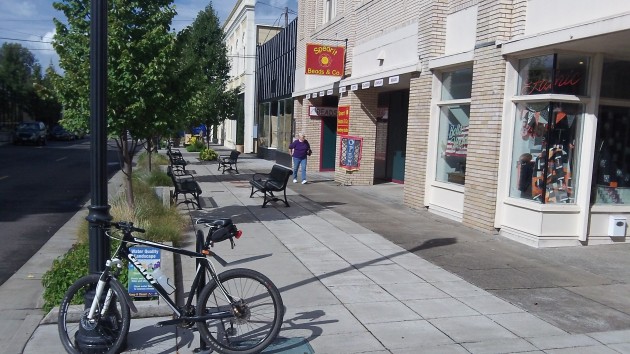 Albany’s downtown urban renewal agency wants people to stop snickering and complaining about spending money on frou-frou-sounding projects like a “promenade” or an “esplanade.” So it has changed their names.

Since it was adopted in 2001, Albany’s downtown urban renewal program (CARA) has called for a Broadalbin Promenade and three separate but connected canal esplanades. When the city spent about half a million dollars on widening one sidewalk of Broadalbin Street between First and Second avenues, the resulting flap slowed down CARA progress for years. (That’s even though most of the money went to replacing century-old underground pipes.)

Some months ago the CARA advisory board briefly talked about a change in nomenclature, and on Wednesday the city council, acting as the Albany urban renewal agency, took action and modified the urban renewal plan. What used to be the “Broadalbin Promenade” will now be the “Broadalbin sidewalk expansion.” And the former Santiam Canal, Eighth Avenue and Thurston Street “esplanades” will henceforth appear as “walking paths.”

The thinking is that if and when CARA ever gets around to finishing the Broadalbin project, a “sidewalk expansion” from Fourth to Water Avenues, the name won’t act like a red flag to excite critics. The same with the proposed paths along the three canals. All three are envisioned in the plan as “pedestrian/bike ways” complete with plantings, trees, lighting, interpretive signage and such. (They’d be useless as bikeways because of cross streets every few feet, but as walkways they’d be great.)

Changing the names is one thing. Getting any of these projects actually started is something else. All three of these now former esplanades would make old Albany more interesting as a destination, and for residents too. Especially along the Thurston Canal, improvements would dress up a whole neighborhood. That plan calls for reopening the canal (buried in a pipe in the 1970s), and increasing the flow, among other things.

The city has made absolutely no move to carry out the esplanade ideas. They remain ideas on paper only. So what’s the point in changing the names? (hh) 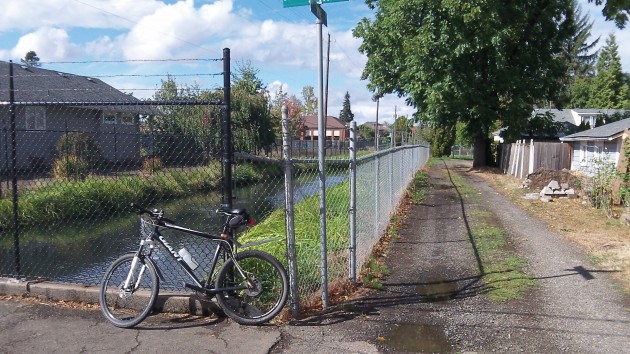 If there’s ever a pleasant walkway all along the Santiam Canal, don’t call it an esplanade.


21 responses to “CARA: Out with fancy names”