CARA has pick of 3 offers to buy ex-bank 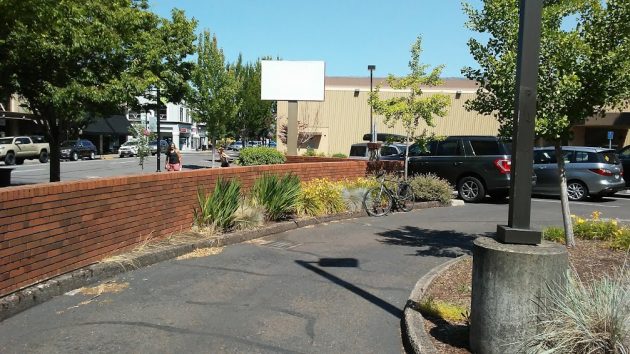 The former Wells Fargo branch downtown as seen from the parking lot on June 14.

Albany’s urban renewal board next week will be asked to choose one of three widely different offers to buy and redevelop the former Wells Fargo bank at Broadalbin Street and First Avenue downtown.

Here are the proposals as outlined in the agenda for the June 19 meeting (at 5:15 p.m. in City Hall) of the CARA advisory board:

Matt Bennett and partners want a 180-day option to buy the property for $1.5 million. Bennett and his wife own the Sybaris restaurant at First and Washington. They’d like to move Sybaris to the remodeled bank, which could also feature new retail space and apartments. Details would be spelled out in a development agreement to be executed once the option is exercised. One possibility, whose practicality has not been confirmed, is to rebuilding the multi-story structure that existed at that corner before the bank chopped off the top floors in the 1970s. The agenda lists this offer as coming from “BGW Partners” but doesn’t identify them.

Marc and Annie Manley, who own and restored the Flinn Block on First, would like an option to buy the parking lot for $600,000 and the chance to acquire the building in return for a $1 million promissory note to be paid off over 30 years. They envision remodeling the former bank branch for three or four restaurants or retail bays, up to eight market-rate apartments, and office space.

Linn County has offered to buy the property, both building and parking lot, for $1.5 million in cash with a 30-day closing. The commissioners want to move the county clerk’s office there, which would allow them to set up security screens at the courthouse without hampering citizens exercising their right to vote. The county’s offer has been revised. It now includes an offer to build 24 apartments “over the parking lot,” according to the CARA agenda. This presumably would return at least part of the property to the tax rolls.

Wells Fargo closed the branch last summer. In February, the Albany Revitalization Agency, which is the city council acting as CARA’s governing agency, bought the building and parking lot for $1.5 million. The city’s goal was to control the property’s redevelopment, seen as a key item in the continued revival of downtown. (hh)