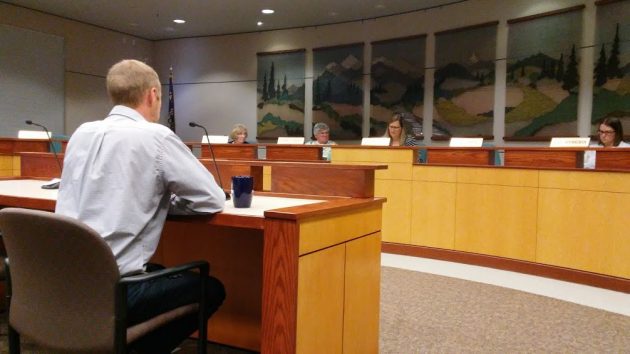 For Albany’s downtown urban renewal program known as CARA, the focus now is on launching and completing a redevelopment of the riverfront along Water Avenue, finishing some remaining projects, and then going out of business, possibly by 2025.

Seth Sherry, the city’s economic development manager and lead administrator of CARA, described the program before the committee approved a two-year ARA budget of roughly $14 million. The total includes about $7.4 million in property tax revenue over the two years, from July 2019 until June 2021.

The budget still faces a vote of the city council, which constitutes the ARA governing board. Councilor Rich Kellum raised the possibility of not levying all the taxes that the budget calls for, which would increase the revenue available for other the city programs and other local taxing districts. But for now he moved to approve the budget as proposed, which was done.

The budget sets aside $1 million a year for assorted partnerships plus $2 million total in reserves, available for any riverfront projects. It also plans to spend or keep in reserve about $3.5 million to repay loans used to finance CARA projects.

As for the riverfront, CARA has asked for proposals for a “waterfront redevelopment design” covering about 25 acres of park land and 14 blocks of Water Avenue, from Washington Street to Main Street. Proposals are due by 2 p.m. on June 4.

Sherry said that when CARA’s intention to move ahead with the riverfront became known, he immediately heard from property owners or developers interested in improving private property on and around Water Avenue. If they follow through, he expects a substantial boost in property tax receipts.

CARA plans to pick a design team by September. By June 2021 it hopes to have complete plans that can be put out to bid.

The request for proposals includes a map of city-owned parcels between Water Avenue and the Willamette River, starting with Monteith Riverpark on the west end. The rest are six smaller parcels ending with the Willamette Community Garden on the east end.

The city council launched CARA in 2001 with the expectation that it would be done in 2025.  The way Sherry sounded to me, he seems to think it can still be wrapped up by that year. (hh)

The city days this map shows city-owned parcels along the Willamette River.