Cap and trade and the price of gas 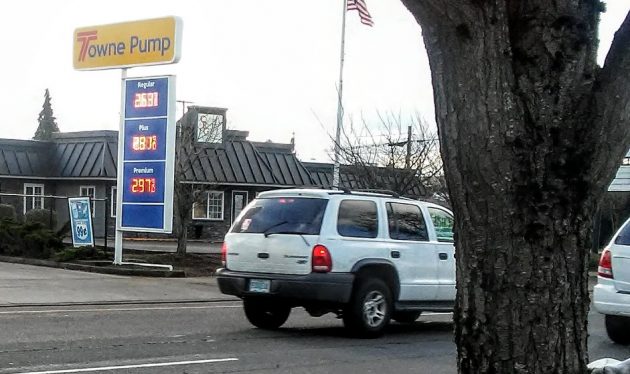 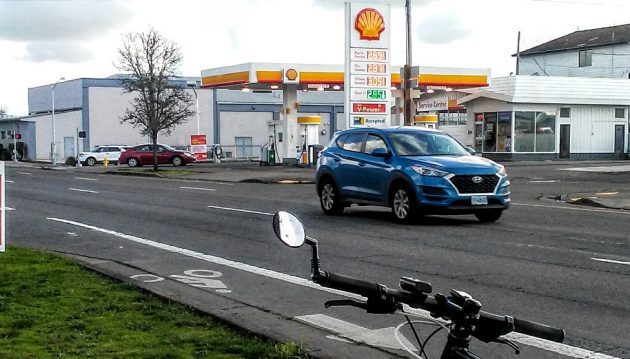 On Sunday, the price of regular at Albany stations like these was lower than AAA’s Oregon average.

The majority in the Oregon legislature is determined to increase the cost of motor fuels in order to force people to buy and burn less. So in a few years we may look back on the current era as the last time the price of gas in Albany and the rest of the state was relatively low.

On today’s opening day of the 35-day legislative session, House Majority Leader Barbara Smith Warner said: “We plan on continuing to make progress on some of our state’s most persistent and urgent challenges, and foremost is the climate crisis that is already affecting communities in urban and rural parts of our state.”

You might be hard pressed to say exactly how the “climate crisis” is harming life in the mid-valley. But never mind. The majority will work hard to enact a complicated program to raise the price of fossil energy and thus reduce its use over the next couple of decades or so.

As for motor fuel, we get an idea of what to expect by looking at the price of gas in California, which already has a “cap and trade” program of the kind of Oregon Democrats intend to enact in order to reduce greenhouse gas emissions. The current average price of regular in California is $3.52 per gallon, compared to $2.98 in Oregon, according to AAA. (Albany prices have been well below the Oregon average cited by AAA.)

Part of the difference is caused by higher California state taxes and fees unrelated to cap and trade. And exactly how the Oregon proposal would affect the price here is still unknown. Still, the prices paid by California drivers might give pause to people in Oregon who have no choice but to drive a lot.

It might also be time to prepare. How? Move closer to town if you can. Start saving for an electric vehicle. Look for a job closer to where you live. Or, if nothing else, buy a bike for short trips on errands around town. (hh)


19 responses to “Cap and trade and the price of gas”