Can’t they see the conflict? 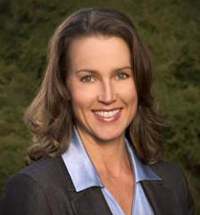 Oregon’s “first lady” as shown on the state government’s website.

Oregon’s official state government website, www.oregon.gov, has a page devoted to “First Lady Cylvia Hayes” along with a description of a program she runs for the state, the Oregon Prosperity Agenda. It also includes her “full biography,” but as Oregon has found out in the last few days, the official version is anything but full.

As Portland’s Willamette Week and others have reported, Hayes last year obtained contracts from three advocacy groups that paid her $85,000 for consulting work, even while she was pushing the groups’ green-energy agendas through her inside position with the governor’s office. Though she’s an unpaid “volunteer,” her position in the policy arena as proved by her state “prosperity agenda” makes her a public official. And that puts her private consulting contracts in a very shady light because of the law against public officials using their positions for private gain outside of their official salaries.

Willamette Week also reported that in July 2013 the governor’s lawyer and chief of staff both recognized the conflict and tried to head it off by telling Hayes not to use state facilities or the “first lady” designation in connection with her private business. But she refused to go along, and the would-be prohibitions were canceled. Governor Kitzhaber now has called for a review by the Ethics Commission. Why didn’t he do that last year when his advisers raised the issue? And why can’t he himself see that it’s wrong to have a paid consultant for interest groups work in his office on state policies, especially if she’s his fiancee?

As for the governor’s office’s “full biography” of Hayes, not only does it omit basic biographical details such as birth date or place, but it also leaves out her three marriages including, obviously, the one to an 18-year-old illegal immigrant so he could stay in the country, for which she charged $5,000. And naturally, there is no mention of the contract controversy involving her and the state Energy Department before her boyfriend’s third election as governor in 2010.

Will any of this make any difference in the balloting for governor that’s about to start? Probably not. As long as Oregon statewide officials follow the liberal line —  on energy, social issues or anything else — they get elected no matter whether they govern well, or even whether they or their associates can tell the difference between right and wrong. (hh)


6 responses to “Can’t they see the conflict?”