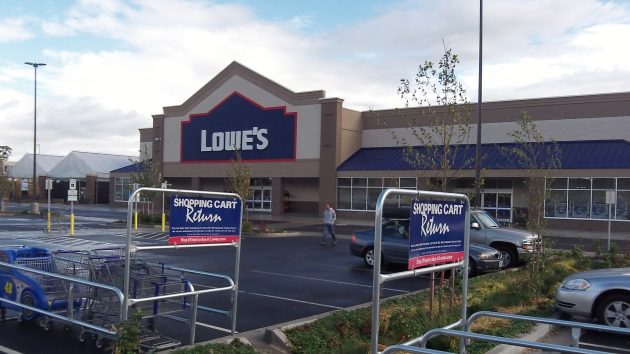 Lowe’s new Albany home improvement center is on the tax rolls for the first time this year.

If you’re interested in property taxes — and who isn’t? — you may want to dive into the tables and reports that Linn and Benton county tax officials have prepared for 2016, ahead of sending out the annual bills. I sampled the material, and here’s what caught my eye.

For one thing, if Linn County is any example, property taxes have resumed the gradual but steady climb they showed during the decade that ended in 2009. For the three years of the great recession, 2009-11, the totals went up hardly at all, but then they started growing again in 2013.

As it does every year, the Linn County tax department prepared an easy to understand “summary of assessment and tax roll” for 2016-17, and that’s where I lifted this graph: 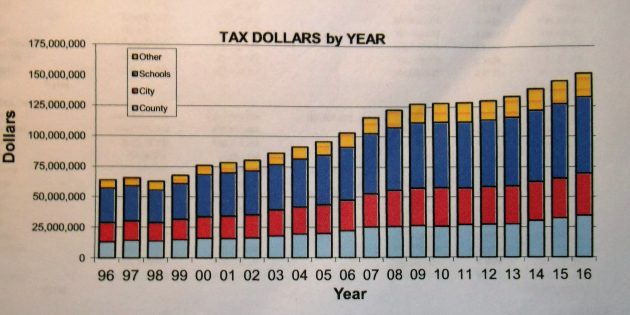 I couldn’t find a similar online summary or graph for Benton County, whose annual tax reports and tables are numerous but a little harder harder to decipher.

Linn County taxing districts, including the county, cities, school districts and all the rest, together imposed $152 million in property taxes this year. That’s an increase of 4.1 percent from last year’s total of $146 million. As it happens, the total taxable value in Linn County also went up by 4.1 percent to nearly $9.4 billion.

Linn’s exemplary summary also tells you the market values, taxable values, tax rates and tax amounts imposed for every jurisdiction in the county, all on two easy-to-read pages. So you quickly learn, for example, that $187 million of Albany’s $3.6 billion in market value (on the Linn County side) is set aside for urban renewal. In terms of tax revenue, that amounts to about $2.3 million that’s channeled to the Central Albany Revitalization Area.

Benton County’s overall total of property taxes imposed this year is $132 million, up about 5 percent from last year. Taxable property value reached almost $8 billion, up 5.2 percent from about $7.6 billion last year. Just like in Linn, the growth in total tax and taxable value are more or less aligned, which is what you would expect as long as tax rates are constant and fixed.

Here’s something that didn’t appear in the tables, but I looked it up. Lowe’s new home improvement store in Albany appeared on the Linn tax roll for the first time this year. The building of 111,234 square feet and its two-parcel site of about 11 acres together are listed as having a taxable value of $9.2 million. (The building itself is assessed at $5.7 million, quite a bit less than the cost of construction, which the city valued at $16 million when the building permit was issued. But then, big box stores are usually assessed at far less than they cost to build.)

There are lots of numbers in the property tax tables for our two mid-valley counties, and some of them are interesting. All you need to see them is Internet access and a couple of nights when you can’t sleep. (hh)