Can we protect our power grid? 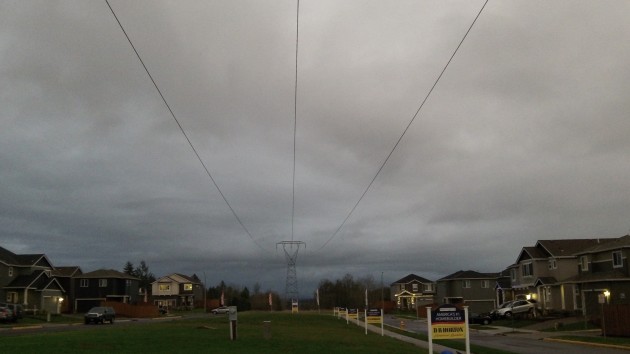 Part of the grid, a BPA transmission line from near Lyons to Toledo runs through North Albany.

If it’s true that our power grid now is vulnerable to destruction by cyber warfare, why don’t we do something about it? Like disconnect it from the Internet, for example?

The hack attack on Sony Pictures Entertainment, now blamed on North Korea, has revived the warnings that the public has been hearing for years: Our vital systems keeping the economy afloat, including the electric power system, could be put out of action by a determined and skillful cyber attack by evil forces anywhere. And it’s not as though there’s a shortage of eveil forces out there.

Such an attack hasn’t happened up to now, as far as I’m aware, but then, up until Sept. 11, 2001, no one had ever flown hijacked jetliners into New York skycrapers either. The difference is that the cyber doomsday scenario is something that people in the know actually worry and have talked about publicly. They’ve  been worried about it for years, and just the other day President Obama said, in connection with the Sony attack, that this administration was working on safeguards, or words to that effect. Still working on it? You’d think safeguards would have been put in place long ago.

But perhaps there is no ultimate defense, no fail-safe firewall. As soon as a safeguard has been employed, software scientists on the other side work on ways to get around it. If that’s the case, the only sure way to protect our vital infrastructure from cyber mayhem might to be to disconnect it from the online world. That would mean operating the power grid the way it was operated 20 or 30 years ago.

If it worked then, why can’t it work that way again? (hh)


2 responses to “Can we protect our power grid?”