Can we end school shootings? 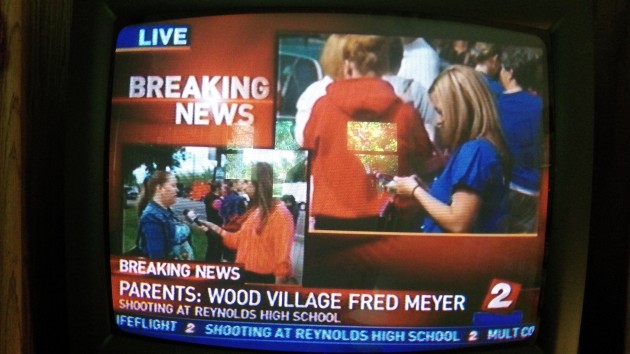 School shootings like the one in Troutdale Tuesday will keep happening until  we learn to keep teenagers from developing murderous impulses and acting on them.

After the murder at Reynolds High School, we heard the usual calls for our elected officials to do something. Like what? Ban rifles and confiscatie all the ones citizens already own? No chance. Do a better job treating people with problems affecting their mental health? Certainly, assuming we know how to do that and can afford it.

But in a state of more than 4 million people, let alone in a country with more than 320 million or so, we can’t treat even a small fraction of all those who might be a little unbalanced. So shootings will remain a routine event unless we get to the cause, which probably is not mental illness but the culture in which many of our children grow up. It’s a culture that fails to reward impulse control, especially among entertainers, and often seems to reward villainous behavior.

Think back to when you were a boy. Whom did you hope you could be like? The good guys in the movies, that’s who, the characters played by the likes of Gary Cooper or Cary Grant or Steve McQueen. And who are the models for young louts today? Rappers with long rap sheets, more than likely. Or the virtual characters in games such as Grand Theft Auto and the like.

This stuff may be entertaining — though I don’t understand how it could be — but it comes with a cost. The cost is that some people, rudderless when it comes to learning how to behave as responsible men, find it possible to decide one day to act out their rage or criminal impulse by going to a school and shooting it up. They have learned from experience that when this happens, everybody stops and pays attention for a little while, on TV if nowhere else. So their piddling little selves may feel as though they amount to something.

They do not respect or honor life — their own or their fellow citizens’ — and they have not learned how good guys act. So they pick their target and plan their crime. It’s as simple — and as complicated — as that. (hh)


3 responses to “Can we end school shootings?”