Cables to prevent I-5 crashes

A contractor for ODOT has been putting up a cable b 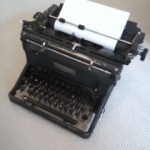 arrier in the median of Interstate 5 through parts of Lane and Linn counties. The idea is to prevent crossover crashes, of which there have been a few over the last several years. For now, the cable carrier will extend for 35 miles from mile post 174 in Lane County north to the Harrisburg exit in Linn County. ODOT says Wildish Standard Paving Co. won the contract for the work a year ago, in September 2011, with a low bid of slightly more than $2.64 million. The job is to be finished at the end of this month. Money from state and federal sources is paying for the work. ODOT’s shorthand description of the point: “Cable barrier will be placed in the median to restrict vehicles from crossing over the median and meeting head on with oncoming traffic.” No word yet on whether ODOT has any plans to extent the barrier north toward Albany, or when. It is on that long straightaway that some crossover crashes are also possible.