By the roadside, a pile of yard debris – Hasso Hering

By the roadside, a pile of yard debris 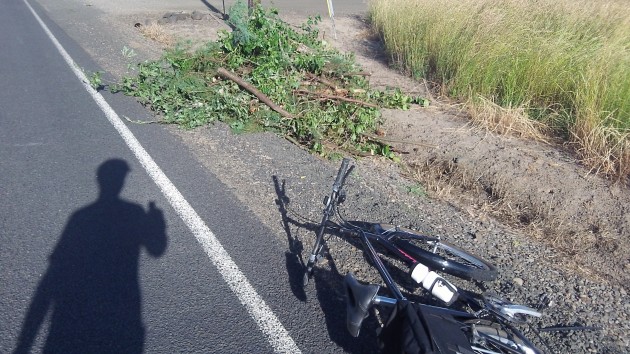 Sunday evening, N.W. Metge Avenue: A reason to get off the bike and grab a shot.

It would be tempting to say that “The Shadow Knows.” Tempting but wrong. The man casting the shadow has no idea why someone would dump a load of brush trimmings by the side of the road and leave it there.

Maybe it was to avoid the dumping fee at Coffin Butte. Maybe he drove there, found out what it would cost and turned around. And maybe that wasn’t it at all. Maybe this whole batch fell off the top of the trailer and the driver didn’t notice.

It had been a few weeks that I took a load of yard clippings to the dump. I couldn’t remember what the charge had been, though I vaguely recalled thinking it was kind of stiff for a bunch of sticks that in the old days we would have burned in a corner of the yard.

Coffin Butte for some reason does not publish its dumping fees online. Instead, Republic Services’ website invites people to call a Corvallis number for the rates. I did that Monday and discovered that the local branch of Republic has not yet solved the service problem it told the Albany City Council about on May 9. After about seven or eight choruses of “All agents are assisting other customers …,” a helpful voice confirmed that for dumping yard debris the landfill charges $20 for up to 500 pounds. After that, it’s $30 a ton.

Five hundred pounds is more yard debris than most of us would have to dispose of at one time. And considering the service provided, and the hazards of burn piles at home avoided, it’s not an unreasonable charge. But Republic could save itself and its customers some time on the phone if it posted the landfill charges on the web. (hh) 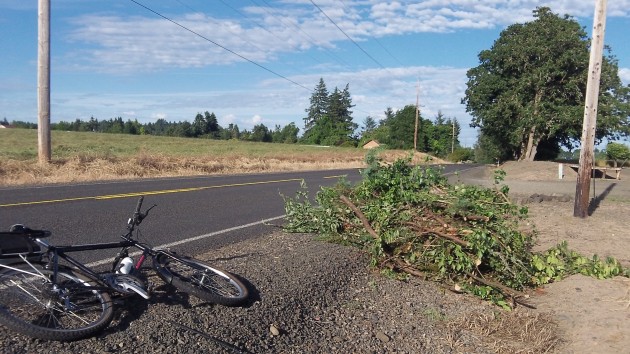 6 responses to “By the roadside, a pile of yard debris”