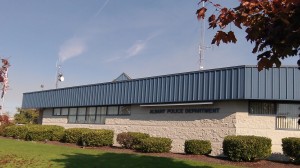 The Albany police station will have to serve for a while longer.

The defeat of Albany’s bond issue to build new police and fire stations is a setback, no question about that. With financing costs relatively low and some money on hand from the Pepsi settlement, this was a good time to get this solved, but a majority did not see it that way.

The explanation may have something to do with too many voters being skeptical of government, even local government, doing anything right.
We are bombarded with reports of government missteps, from the disastrous early consequences of Obamacare to the state of Oregon’s expensive and so far fruitless planning for a new Columbia River bridge. On top of that we are daily feeling the effects of a lackluster economy where jobs are hard to come by and both the state and federal governments are making life more expensive and regulated while doing little to free the private sector to grow and hire more people, especially in rural Oregon where natural resources are one key to survival.
With that as background, it should not have been a great surprise that a decisive majority nixed Albany’s proposed $20.3 million bond issue to finance replacing the downtown hire hall and the headquarters of the city police. These buildings, though, will need replacing sooner or later, so either this or future city councils will have to deal with this issue again, and the voters will have to as well, (hh)

Tom Cordier:   You are correct to link apprehensions about city spending with the national picture. That said, today’s ADH quotes the mayor as saying they need to do a better job explaining the need.  The need has been explained ad-nauseam. The build plan is still missing. The city’s decision to use “design/build” rather that “design/BID/build” is the reason for the no vote. I’ve asked the city to use Pepsi money to fund the scope/detailed construction plan/establish a build schedule/get bids/assign project responsibility and show spending cash flow. That process answers the “what do we get for $20M” question and negates the “no blank check” objection.
The cost to repay the proposed bond is $33.6M. The council needs to do the homework before coming back to the voters.

Christine Ruck , on Facebook:  Voters want to know what they are buying in advance. Bait and switch has been the modus operandi of too many government entities and people are learning to be better consumers. The projects need to be better defined in advance, then and only then will people decide to make the “buy”.The Veterans Home in Lebanon had a fixed commitment and very well defined outcomes. That didn’t stop Kitz from trying to come back to the well afterward – the answer was ‘No, you quoted the price – make it work.’We’re at the dawn of a new day and the voters are understanding how to ensure their wishes are heard and respected.