Building for the old-folks boom 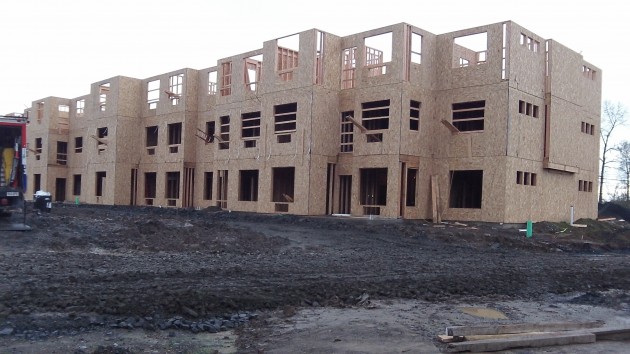 One wing of the Bonaventure project in North Albany.

A construction project in North Albany is further testimony, as if any was needed, to the fact that people living longer and eventually getting feeble amounts to a great business opportunity. 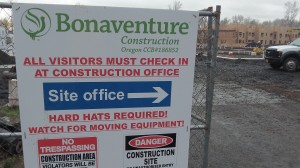 A couple of blocks west of North Albany Road and just north of Highway 20, Bonaventure Construction Co. is completing the framing of the first of three four-story buildings that will become the newest branch of Bonaventure Senior Living. When it’s finished it will total 145,000 square feet of space and contain 70 apartments for independent living, 50 units for assisted living and 24 additional ones for so-called “memory care.”

On its website, Salem-based Bonaventure Senior Living says it is also planning developments in Tigard, Vancouver, Wash., and Pueblo, Colo. It already has six homes for old folks in Oregon including Cambridge Terrace in Albany; 13 in Washington and two in Colorado. The company says it strives to become the top senior-living company in the western United States.

No word on how long it will take to complete the North Albany complex, but one estimate I heard was about a year. As for what it will cost to live in one of those units, I’ll try to find out, but you can already guess it won’t be cheap. (hh) 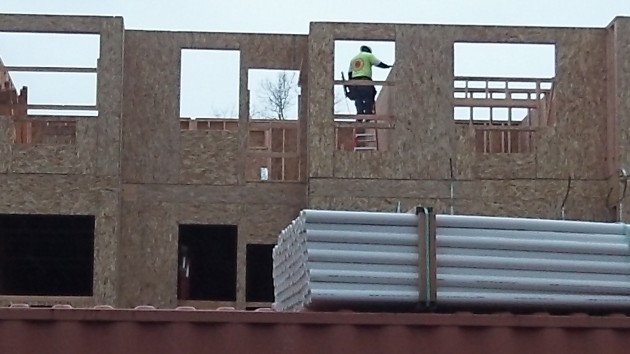 
One response to “Building for the old-folks boom”