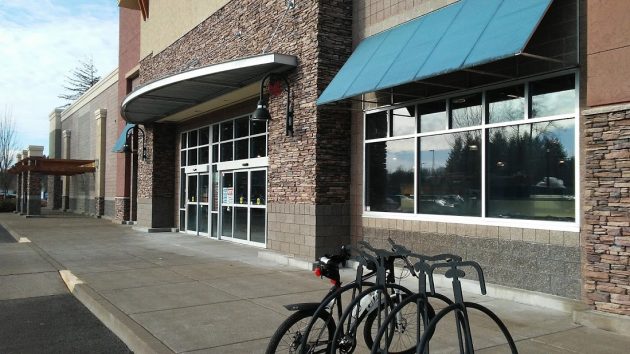 Looking forward to parking the bike at an open store, probably early next year.

Another sign that things are moving ahead on the plans to open the new market at the North Albany Village shopping center: Baldwin General Contracting Inc. has begun working to rebuild the inside.

Judging by the frequent questions about this, North Albany residents have been getting impatient about the opening date ever since The Myers Group of Clinton, Wash., said last January it planned to reopen the former Ray’s space as a supermarket combined with an Ace hardware store.

Now, signs have gone up on the doors announcing Baldwin, an Albany company headquartered on Santiam Road, as the contractor for the interior remodeling. (The signs also spell out work-site safety rules.)

Work evidently has begun. Outside of the building a couple of days ago, there were trailers full of demolition debris. When I called the contracting company this morning, I was told the construction work would probably be finished around February.

So that gives readers of this site and potential customers a new target date for when they might start walking through the doors of this long-awaited store. (hh) 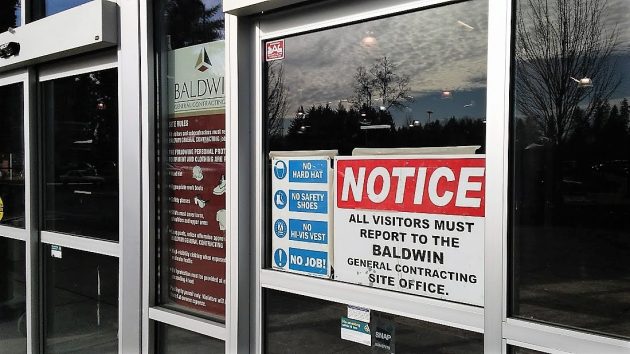 Signs of progress on the doors of the planned market in North Albany Village.