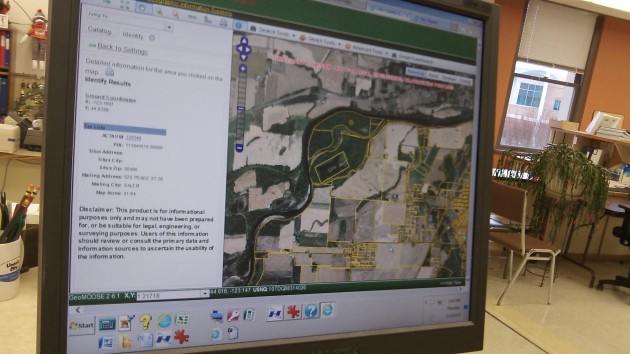 At the Linn County Assessor’s Office, a screen shows an aerial of Powers Rock and surrounding fields.

Oregon officials say they have no intention of condemning any land to provide public access to Bowers Rock State Park, but Rep. Andy Olson wants to make sure that if they do, they don’t take a farmer’s fields.

Olson has introduced House Bill 2034, which would cancel the state parks department’s authority to use the power of eminent domain on a large swath of land surrounding the 568-acre Bowers Rock area west of Albany. The state acquired the land starting in 1973 as part of the Willamette River Greenway, and the lack of public access has been an issue. State parks officials have an easement allowing them to access the acreage via Bryant Way, but the public can legally reach the land only from the Willamette River.

Olson told me in an email what was behind his bill: “During the past two years, I have met with residents … near Bowers State Park, listening to their concerns, i.e. trespassing, littering, vandalism. Long story short, in the process I learned that there exists the potential of the State Parks to take a large section of land belonging to one of the farmers in that area to expand access to the park. As a result, I am carving out a portion of the law passed back in 1973 permitting State Parks to access the land.  I support the access and the potential building of the park, but currently the park is nothing but undeveloped.  If access is to be granted, I don’t want it to be a large chunk of property from a farmer.”

I also checked with the State Department of Parks and Recreation. Spokesman Chris Havel responded: “We understand an adjacent property owner is concerned about future options to open the park to the public. As you know, we make it a point to work with willing parties when it comes to purchases, easements, and other agreements. We certainly have no plans that involve eminent domain around Bowers Rock.”

Olson filed HB 2034 before the start of the 2015 legislature. The session got organized last week but won’t start working until Feb. 2, so the bill has yet to be assigned to a committee. (hh) 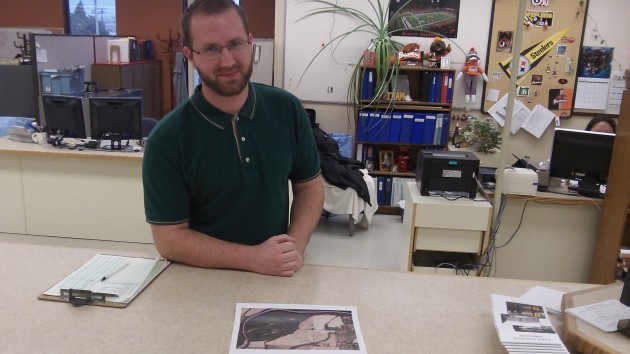