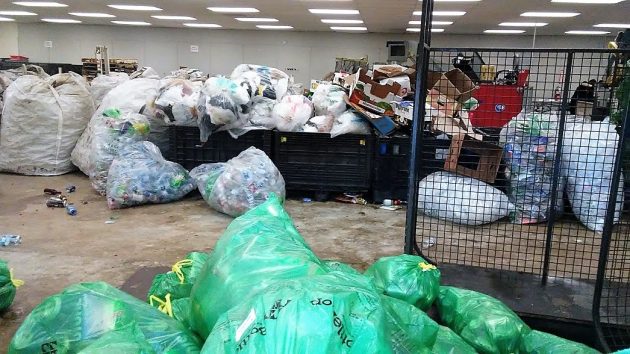 Oregon has expanded its “Bottle Bill” deposit law to include more containers, and I’ve been wondering whether the system to redeem the empties can handle the additional load.

Since Jan. 1, people have been paying a 10-cent deposit on bottled coffee or tea, energy and sports drinks, hard cider, juice, protein drinks and similar beverages. This is in addition to the pop and beer bottles and cans that have required a deposit for about 45 years. The deposit used to be a nickel, but under a law passed in 2011, it went up to a dime in 2017 because Oregon’s redemption rate had dropped below the legislature’s target. (The law ignored the fact that lots of containers are put in curbside recycling bins, and thus recycled as the state wants.)

The  Portland-based Oregon Beverage Recycling Cooperative opened the Albany Bottle Drop redemption center on Santiam Highway in August 2015 to accept empties from all the major retailers in the vicinity. And it’s busy most of the time, with people bringing in huge numbers of empties, sometimes entire pickup loads.

When I returned a single bag of empties on Jan. 9, what I saw through the open bag-return hatch suggested that the Albany redemption center has its hands — or rather its storage room — pretty full. I wondered about the impact of the additional deposit requirement.

“We have seen a moderate increase in volume of containers at Albany, but nothing too overwhelming,” Cherilyn Bertges of the recycling cooperative told me by email when I asked. “At this point, we don’t have plans to expand the center or open another Albany location.”

Albany remains the only place with a central redemption center between Eugene and Salem. “We are working on a Bottle Drop center in Springfield in early spring, and one in Corvallis in the late spring,” Bertges wrote. “We are also looking at Lebanon, but I don’t have any details for a project there yet.”

Well, in the meantime, if you’re looking for an uncrowded way to get rid of your empties and help a good cause, you can always wait for the next bottle-and-can-drive fundraiser. As it happens, there’s one coming up to benefit the swim team of West Albany High School. On Facebook it’s been advertised for 9 to noon Saturday, Jan. 13, at Liberty School. (hh) 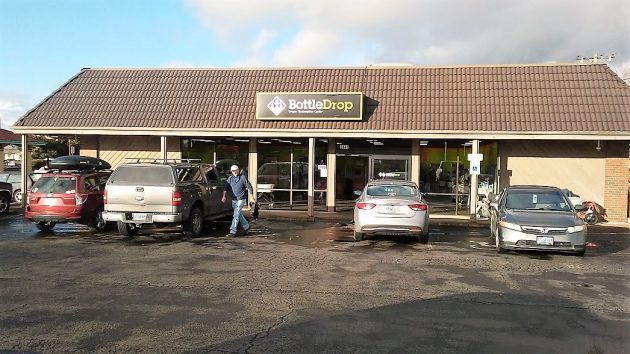