Bottle Bill: Higher deposits, but why? 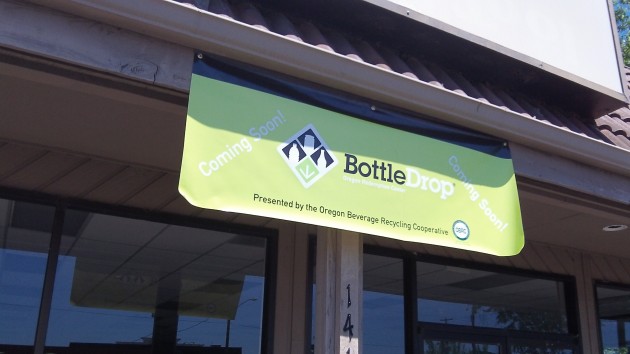 Albany’s “BottleDrop” will open as scheduled, but not in time to prevent the state Bottle Bill from becoming more expensive to consumers in 2017. And the increase then may not be justified. Read on if you want to know why.

The Oregon Beverage Recycling Cooperative is preparing to open its Albany redemption center on Aug. 20. The idea is to increase bottle and can returns from all those people who now put them in the curbside recycling bins, or throw them away, rather than face the hassle of store returns in order to get back a few nickels.

The opposite may also happen: Consumers who do use the return machines at the various stores — unpleasant as the experience can be — may just say the hell with it if they can no longer do that.

About a dozen of the redempton centers already operate around the state, and there are plans for many more. They were authorized by the legislature, which wanted to make the Bottle Bill more effective. Among other things, the legislature said that if the container return rate falls below 80 percent for two years running, the deposit will double to 10 cents in January 2017. The Oregon Liquor Control Commission says the return was below that in 2013 and ’14, so now the increase in the deposit is all but certain — unless the 2016 legislature changes the law again.

There is something fishy about the official container-return statistics. They are based on the number of containers returned for their deposits compared to the number sold. But that misses the containers people put in their recycling bins without worrying about the deposit. And those bottles and cans are being recycled just like the ones turned in for money. They don’t end up in the trash or along the side of the road, and thus the goal of the Bottle Bill is completely fulfilled.

The deposit increase to 10 cents is supposed to encourage more recycling, but if the recycing is already being done, all the increase will do is raise the price consumers must pay for water, soft drinks and beer.

In the meantime, though, the new Albany redemption center promises to be useful for those people who now give up a lot of nickels by discarding their containers. They can collect a month’s worth of containers in coded bags and then drop the bags — for an automatic credit on their account — at the redemption center on Southeast Santiam Highway. They can do that the next time they drive past anyway, so they won’t have to make a special trip. (hh)


24 responses to “Bottle Bill: Higher deposits, but why?”